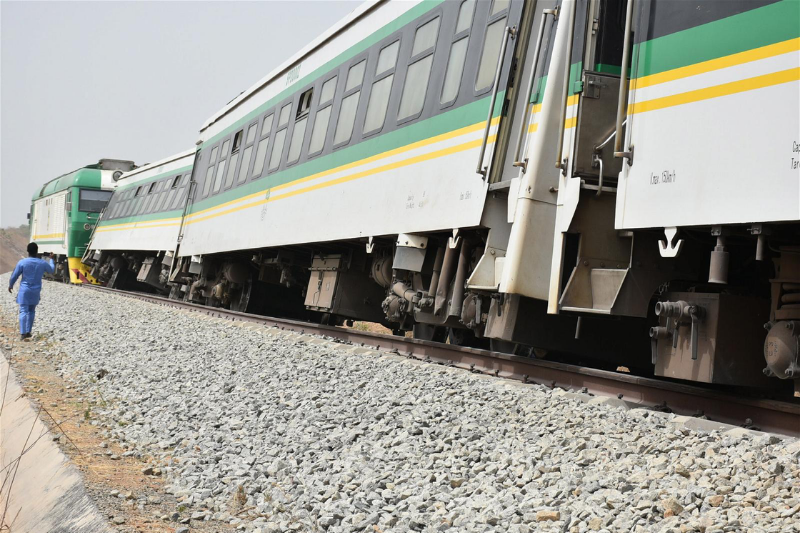 During a protest demanding more decisive action from authorities to free the hostages, the families of at least five of those still being held hostage by shooters who ambushed a passenger train near Nigeria’s capital claimed Wednesday.

Despite the families’ protests, the Nigerian police have rejected claims that “not enough” is being done to rescue the victims, who are among the thousands abducted or killed in the last year as the West African nation continues to endure armed violence.

At least seven people were killed, and dozens of others were kidnapped in a terrorist attack on a train in late March.

Even though no one has been apprehended in connection with the attack, police in Kaduna are “still gathering intelligence from locals” to locate and free the hostages, according to a spokesperson for the Kaduna police department who spoke with the Associated Press on Wednesday.

No organization has come out to claim credit for the attack; however, the authorities believe that it was carried out by armed gangs that frequently target isolated towns in the northwest of Nigeria with the assistance of Islamic extremist insurgents.

More than one hundred people from the train were first reported missing, but the kidnappers eventually set some of them free under circumstances that were not made public. The Nigerian presidency stated in June that the perpetrators of the attack on the train in Abuja “made a demand for the release of their children.”

During the time that the families of the hostages were holding a demonstration in Kaduna, they were asking the authorities to “work faster and do more.” However, AbdulFatai Jimoh, the chairman of the families’ union, stated that they only have one primary demand: “We want them (the government) to work faster on this because the longer our people stay in the bush, the more they are exposed to a lot of danger.”

Jimoh informed The Associated Press, “We want them to hasten the process of negotiation with the abductors of our family members so they can come out in the shortest time possible.”

He stated that the families are also concerned about the health of the hostages, who are believed to have beeen kept in vast forest areas that frequently serve as hideouts for the armed groups. Many of the members of the armed groups have been identified by the authorities as formerly being herders who became caught up in Nigeria’s religious conflict over access to water and land.

According to him, the kidnappers shot and killed one of the passengers that they took hostage, while some of the other hostages reportedly became ill.

Abdulaziz Atta, whose 85-year-old mother and sister are held hostage, said he could not stop thinking about them. “Just imagine what they have been going through in the bush, and you have heavy rains everywhere,” he said.

He added, “Imagine an old woman there; at that age; you need medication, you need care, still wearing the same clothes, think about the bush, it is in the bush, so they are exposed to reptiles.”

Adama Lawal Aliyu, Atta’s older sister, turned 52 on Tuesday, and she has four children at home. He said, “I don’t want to think about the birthday; it makes me sad.”