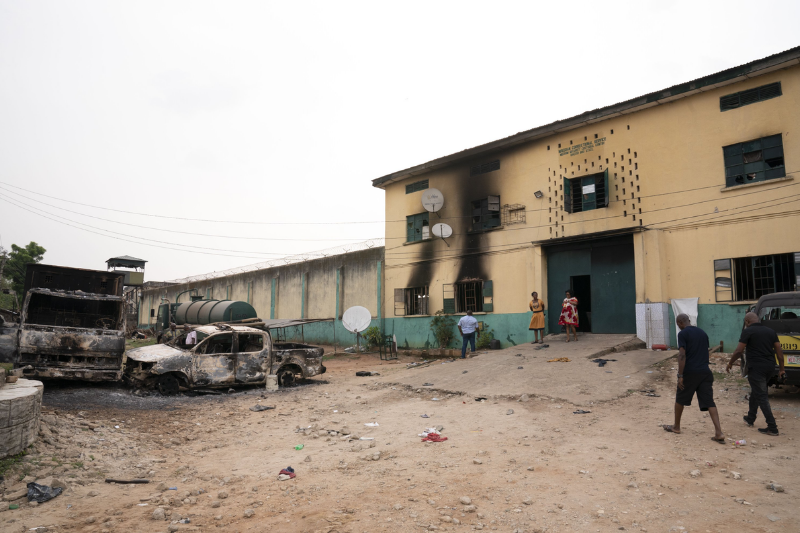 Nigerian authorities announced on Wednesday that almost 900 detainees had escaped from an Abuja jailbreak, which they blamed on Islamic extremist insurgents.

While hundreds have been apprehended or handed in, at least 443 of the 879 escapees are still at large, according to Umar Abubakar, the spokesman for the Nigerian Correctional Service.

According to Abubakar, authorities will “track and return to custody all fleeing inmates.” According to Nigeria’s permanent secretary of Nigeria’s Ministry of Interior, Shuaib Belgore, a guard was killed by an “extremely high-grade bomb” in the Kuje maximum jail in Abuja on Tuesday night.

At around 10 p.m., the assailants arrived in the Kuje region and forced their way inside the prison via a hole that had been caused by the explosions.

The Islamic extremist rebels who attacked the prison have conducted an insurgency in the country’s northeast for almost a decade. Their attack on the detention facility freed many of their comrades who were detainees, prison officials added.

“We understand they are Boko Haram. They came particularly for their co-conspirators,” stated Belgore.

In an interview with reporters, he said security authorities on the ground had done “their best” to prevent the breakout. As he put it, “we are trying to see what we can do to ensure that all escapees are brought back.”

As of Wednesday morning, the prison grounds were littered with bullet shells, and helicopters hovered over the Kuje area as security personnel combed adjacent woodlands in search of escapees. In the late-night shootout, there were several destroyed vehicles.

Inmates who had been recaptured by the correctional officers sat on the ground alongside the remains of the victims of the attack.

Shooters attacked a security convoy in Katsina state’s northwest just before Nigerian President Muhammadu Buhari was due to arrive, just as the Abuja jailbreak was taking place. According to a presidential spokeswoman, the assailants “opened fire on the convoy from ambush positions but were repelled by the military.”

Although there have been other prison breakouts in Nigeria’s northeast by Islamists and other armed groups in recent years, this is the first in the capital city in a while.