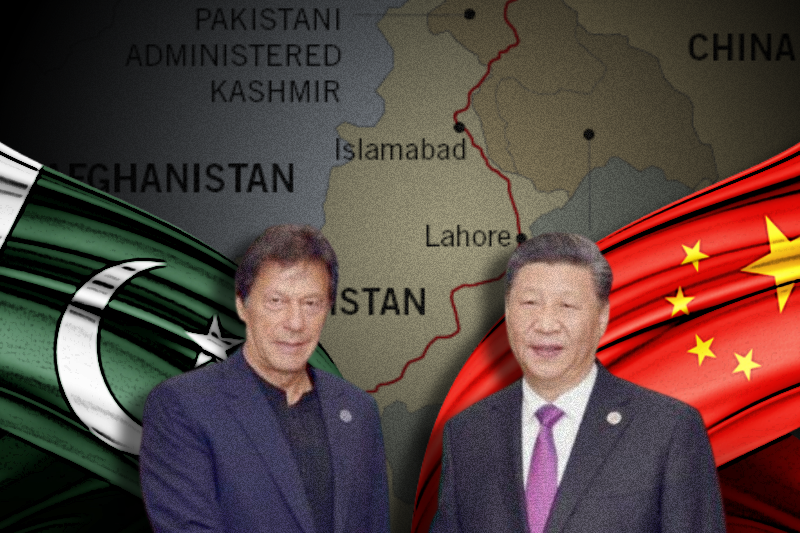 China and Pakistan on Sunday agreed to carry forward the development of the China-Pakistan Economic Corridor (CPEC) project. Both countries signed a new agreement to begin the second phase of the USD 60 billion CPEC project.

Prime Minister of Pakistan, Imran Khan, said that the project has strategic significance for both countries. Khan also said that the CPEC’s early-harvest projects had transformed Pakistan’s economy.

During the meeting on Sunday, both sides reviewed the progress of ongoing CPEC projects. China called on Pakistan to step up security for thousands of its security personnel working in the CPEC because of several attacks on them.

The CPEC project connects China’s northwest Xinjiang Uygur Autonomous Region and the Gwadar Port in the western province of Balochistan in Pakistan. Earlier, India criticized the project because it is being laid through the PoK (Pakistan-Occupied-Kashmir). CPEC is a flagship project under Xi’s Belt and Road Initiative (BRI) which passes through PoK.

Chinese President Xi Jinping met with Khan to expand cooperation with Pakistan in fields of technology, agriculture, and people’s wellbeing. China and Pakistan celebrated the 70th anniversary of the establishment of diplomatic ties.

In his meeting with Khan, Xi said China supported Pakistan in safeguarding national independence and fighting terrorism. In a statement by both countries, China opposed any unilateral actions that complicate the current situation between Pakistan and India. The Chinese President called for resolving the Kashmir issue peacefully. Earlier, India rejected references made to Jammu and Kashmir in a previous joint statement by Pakistan and China.

At the end of the meeting, Khan thanked China for supporting Pakistan in fighting the Covid-19 pandemic. The vaccines offered by China saved the people of Pakistan.

Khan arrived in China on Thursday on a four-day visit to attend the opening ceremony of the Beijing Winter Olympics. He discussed the expansion of Chinese investments in Pakistan.