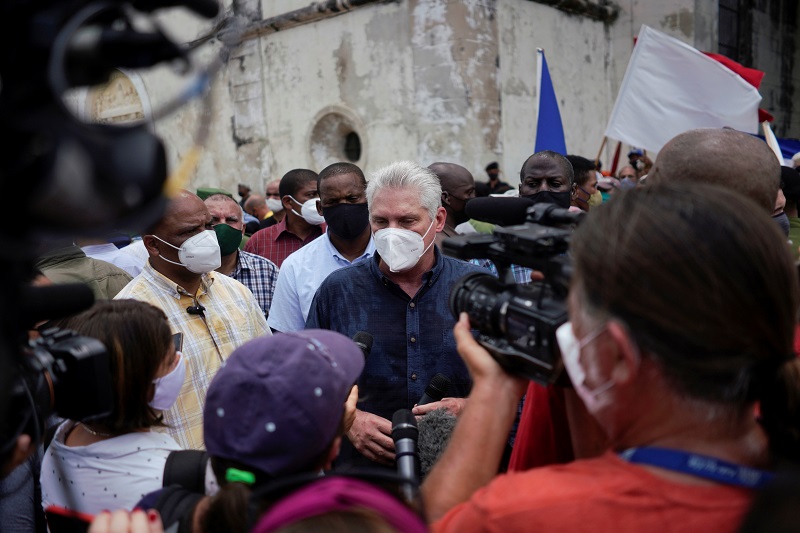 The economic blockade imposed by the US on Cuba has to further hope of being turned over as the Biden administration has made no related signs for it. The sanctions were imposed by the former US president John F. Kennedy on February 3, 1962, and since then it has continued to persist.

With these sanctions, the US had ended all the bilateral trade which essentially took a toll on the economy of the nation. The order which was drafted by Kennedy said that the sanctions were imposed in order to reduce the threat posed by the communist regime or spread in the country.

Cuban authorities have tried to convince the American governments each time a new leader came to power to change the order and lift the sanction but they have failed. The American administration believes that Cuba is still not living up to the standard set by the order.

The damage which the country has suffered economically amounts to $150 billion. Cuba is experiencing one of the worst possible economic crises faced by a western country in the last 30 years.

Inflation is at 70 percent and a severe shortage of basic amenities like housing, food, medicines and others is resulting in a deep lifestyle crisis. The covid-19 pandemic has impacted one of the only surviving areas of the country–tourism. Even the essential goods have been impacted as food imports have been slashed due to dwindling government reserves. Experts and activists who have been trying to lift the sanction stress that the embargo could only be lifted through rapid transition to representative democracy.