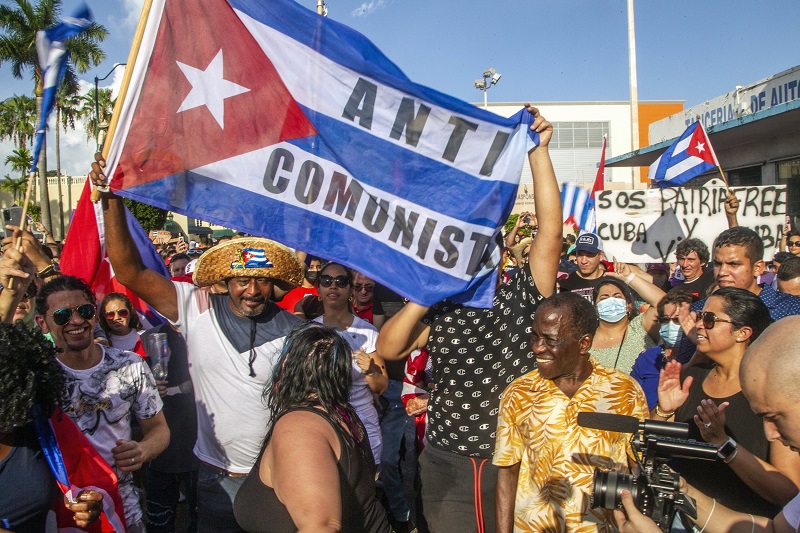 Cuba -In Cuba, people are protesting against the government for its inability to handle its affairs in a better way.

As per reports, the protest led to a huge unrest and it resulted in shops were smashed and looted and further, a particular party supporter wielded clubs and police finally came into the scene to make arrests.

18-year-old Eloy Cardoso was someone who was completely uninvolved in the protest but when he went out to collect an Atari game console from a friend, he had to stay back and not come back to his house. But while he was out, amid the turbulent situation, he had thrown stones at the police.

After he did this, he was arrested a few days later after being part of a closed trial earlier this week where he was sentenced to seven years in prison. This was undoubtedly a very severe punishment for the boy given the act he did. This was not accepted by the protestors.

When the sentence was announced, it was Sydney brought onto the view that Cuban courts have quietly started imposing draconian sentences on the protesters.

Even if these protests are part of peaceful demonstrations, the court has shown a tough approach towards them, which has further angered them.

One of the experts who has been closely associated with the matter, William LeoGrande, professor of government at American University in Washington, said, “The state is trying to send the message that there are dire consequences to rebelling against the government.” He explained that the government feels that there is an unprecedented threat after the United States imposed sanctions especially given the pandemic impact on the economic situation of the country and hence, it is trying to come up with ways to tolerate any type of dissidence in every possible way.