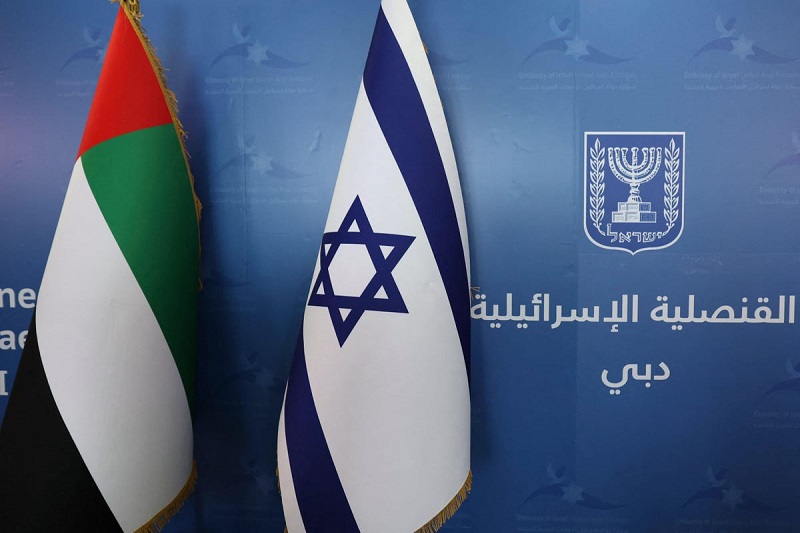 The United Arab Emirates and Israel on Tuesday signed the first-ever free trade agreement in Dubai with the aim of strengthening bilateral trade between the two countries.

According to a statement issued by Israel’s Economy Ministry, the trade agreement will foster the removal of customs duties on 96 per cent of trade between the UAE and Israel including goods like cosmetics, medicines and medical equipment, food and agriculture. The deal will also cater to regulating customs, services, electronic trade and government procurement.

Dorian Barak, president of the UAE-Israel Business Council, explained that the trade agreement will define tax rates, imports and intellectual property to allow more Israeli companies to establish their offices in the UAE with a focus on Dubai.

Importance of deal for both nations

The agreement has come less than two years after the US-brokered Abraham peace accord was signed between the UAE and Israel in 2020.

“The good relations forged between our two countries are strengthened by this free trade agreement, which will significantly improve economic cooperation for the benefit of the citizens of both countries,” the Israeli PM said.

The fact that it is going to be Israel’s first ever wide-ranging economic agreement with an Arab state reflects UAE’s trade and investment superiority in the region.

In September 2021, the UAE announced its goals to raise the value of economic activity with Israel across key sectors of healthcare and climate change to more than $1 trillion in the next 10 years. Last year, the trade between the two countries stook at approximately $885 million, more than any other nation in the region.

Besides Israel, the UAE has signed prominent trade agreements with several countries across the world such as New Zealand, India, Singapore, and EFTA countries in order to position itself as a global trade hub and leading destination for investments. Additionally, the UAE is in talks with several other countries, including South Korea and Indonesia to enhance bilateral trade opportunities.

These deals have helped in increasing Emirati exports, decreasing trade barriers, regulating market competition, and boosting investments between both sides.

Earlier this month, the Comprehensive Economic Partnership Agreement (CEPA) signed between India and the UAE came into force. The deal is aimed at increasing bilateral goods trade between the two partners to $100 billion by 2030 as well as enhancing investments in labour-intensive industries.

Being one of the world’s most open economies, the UAE has immensely welcomed business and trade prospects from countries globally.

In 2020, the UAE recorded its GDP growth at $359 billion. Considering these aspects, the UAE has emerged as a major economic power, with the best interest of friendly nations across key sectors.

Emirati leaders have expressed their willingness to engage in trade and dialogues with world leadership to foster peace and stability in the region. Under the guidance and direction of the wise leadership, the UAE endeavours to establish harmony among regional partners. The Abraham Accord is an instrumental example of the efforts led by the UAE to normalise ties with Israel. UAE’s efforts were whole-heartedly welcomed by other countries in the Gulf region, including Bahrain, Sudan and Morocco, who joined the peace agreement to create a better future for the next generation.