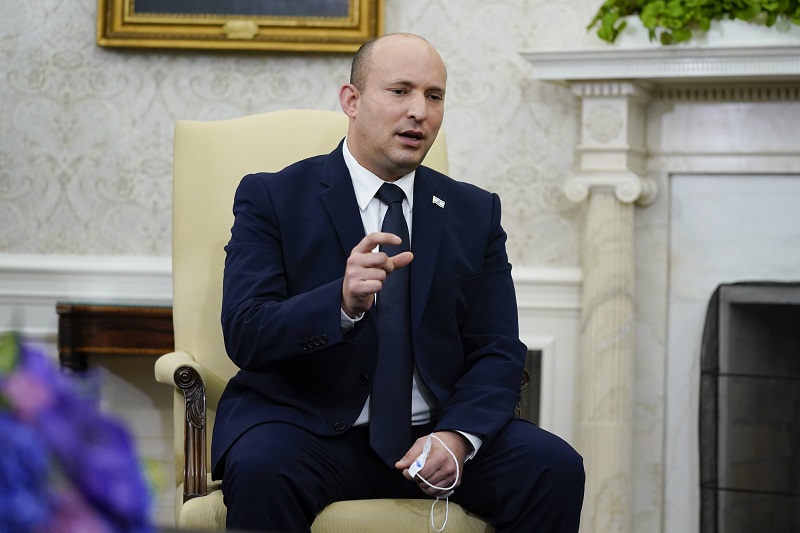 On Sunday, Israel’s Prime Minister Naftali Bennett talked to the President of the United States of America, Joe Biden. In the call the Israeli premier congratulated American President for his last week’s raid in Syria that killed the Daesh group leader. Naftali Bennett’s office said that during the phone call with US president Biden, Prime Minister Bennett said, “The world is now a safer place thanks to the courageous operation of the US forces.”

Other agendas of the talks between the two leaders included increased military activity of Iran across the Middle East region and Iran’s nuclear program. The Israeli premier discussed ways how to stem the nuclear program of Iran ahead of the next round of talks in Vienna, said his office. Iran and Israel have been cut throat archenemies, the latter being vocally against Iran Nuclear Deal or JCPOA (Joint Comprehensive Plan of Action) that was formulated in 2015 under former US President Barack Obama. Israel had stressed that the deal is actually giving Tehran a leeway to go on with its nuclear program despite of firm regulations as a part of the deal. It added that Iran’s nuclear program must be nipped in the bud. The deal finally collapsed when US under then-president Donald Trump exited the deal in 2018.

Since the talks for reviving of the nuclear deal have been initiated in Vienna with all international partners of the deal playing an active role, Israel has said that no deal can be successful in providing a complete safety net from Iran’s nuclear program and its capability to develop nuclear weapons. During the talk with Biden, Bennett reiterated the need of a nuclear deal to include addressing activities of the Iranian military across the Middle East region.

On Sunday, Bennett had said that Israel is closely watching the developments during negotiating talks between Iran and international powers in Vienna. “Anyone who thinks such an agreement will increase stability is wrong,” Bennett told his Cabinet early Sunday. “Israel reserves its right to act in any case, with or without an agreement.”