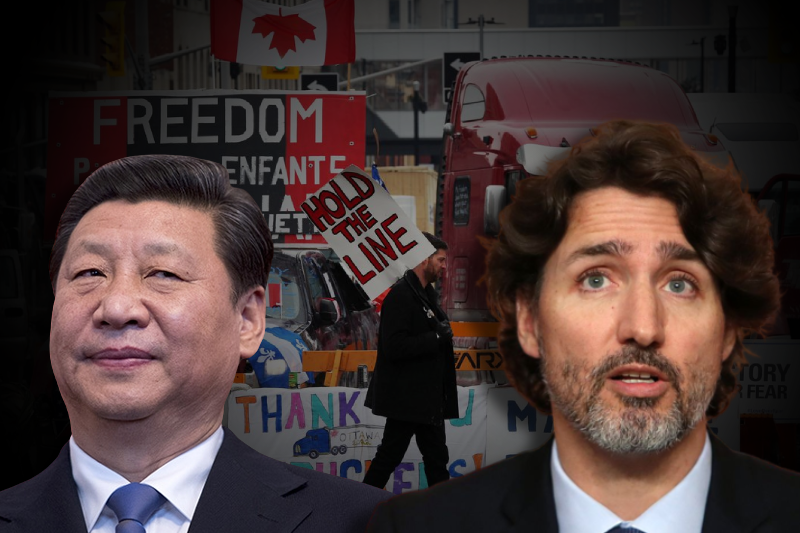 China -China slammed the Canadian government for the way the Freedom Convoy protests in Canada were portrayed in comparison with the protests in Hong Kong.

The Canadian government claimed that protesters in Ottawa are a threat to democracy on Tuesday. According to China’s Embassy in Canada, this characterization stood in distinct contrast to Ottawa’s support for the rebellious protests that swept Hong Kong in March of 2019. The Hong Kong protests ended several months later.

Accusing the Justin Trudeau government of “double standards”, Chinese Foreign Ministry Spokesperson Wang Wenbin said, “In Hong Kong, protests are a human rights movement, but in Canada, protests are a threat to democracy.” Wenbin said that when rioters in Hong Kong violently attacked police, the Canadian authorities said that it was the human rights movement. Wenbin added, “Such stark double standards are unacceptable.”

Canada’s Trudeau signs deal to stay in power until 2025

According to Global Times, on August 19, 2019, PM Trudeau said in a foreign policy speech that his government would stand rigid in the response to the Hong Kong protests. The PM added that Canadian authorities will continue to defend its values of human rights and international law.

The truckers started the protest in late January. The truckers were requested to be fully vaccinated for crossing the border into the United States. The truckers demanded to remove Covid-19 restrictions such as a vaccine mandate on truckers plying between Canada and the U.S. They argued that the new Covid-19 rules should not be mandatory.