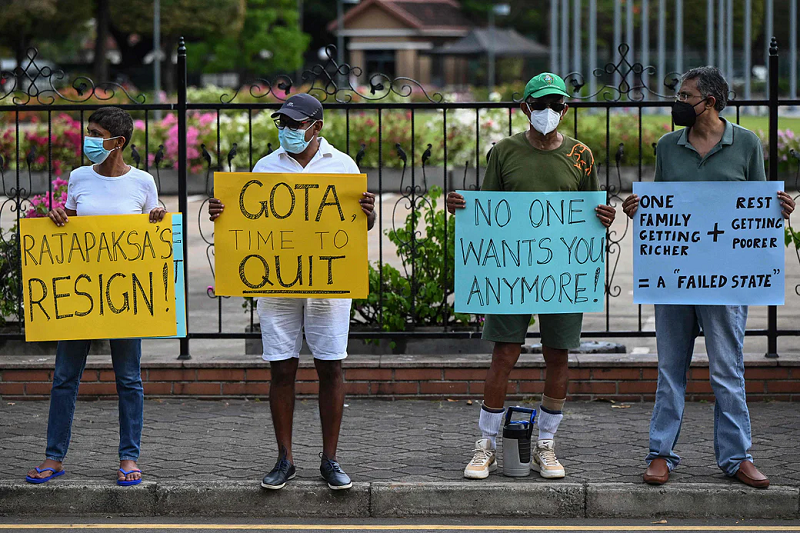 A 36-hour curfew has been declared in Sri Lanka as a state of emergency is enforced due to violent protests against fuel and food shortages.

The move is aimed at curbing new protests – two days after vehicles were set ablaze near President Gotabaya Rajapaksa’s residence.

The military has been deployed and has the power to arrest without warrants.

According to international commentators, Sri Lanka is in the midst of a grave economic crisis that is caused by a lack of foreign currency used to pay for fuel imports.

The protests have been fueled by power cuts and a lack of fuel, food, and medicines. It merits mention that public anger has surged to a new high in the nation of 22 million.

Anger is boiling at the country’s worst economic crisis since 1948 – the year of its independence – as much of it is directed at the island nation’s all-powerful Rajapaksa family.

The protest outside President Rajapaksa’s house began on Thursday. Initially, it was peaceful, but things turned violent after police fired water cannons and tear gas and also beat people present.

Protesters retaliated by pelting the police with stones.

At least two dozen police personnel were reported to be injured during the clashes.

Later that day, hundreds of the protestors tried to storm the private residence of Gotabaya Rajapaksa. On a night full of violence, one person was reportedly injured, and at least 45 were arrested.

“#GotaGoHome” and “#GoHomeRajapaksas” have been trending on Twitter and Facebook for days in the country, which is having sharp price rises, severe shortages of essentials, and crippling power cuts in its most dreadful downturn.

President Gotabaya Rajapaksa’s decision to stamp a state of emergency has taken many by a shock. It is one of the most draconian forms of legislation in Sri Lanka.