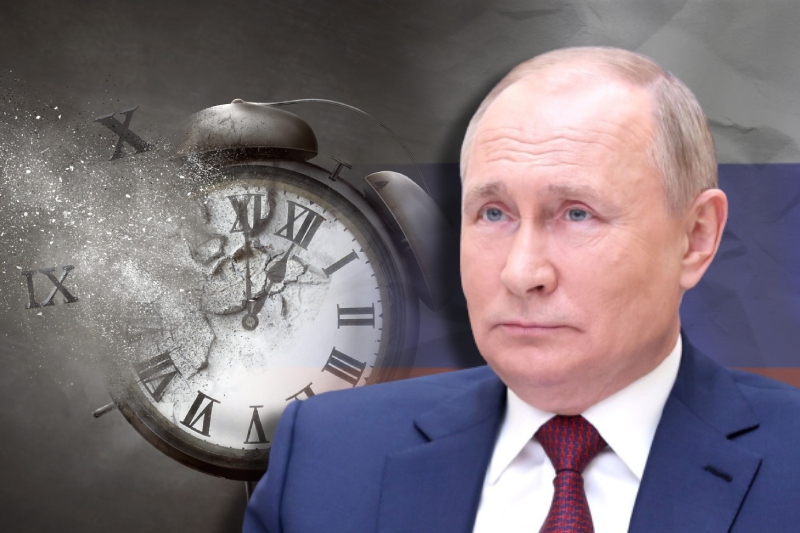 Russian President Vladimir Putin seems to be on an offensive strike agenda. Putin has deployed scores of Russian troops with artillery and heavy weaponry on the border with Ukraine and is ready to launch a military offensive to its western neighbor to establish its brand new domination on Kyiv. The series of demands on Europe seem to be an impossible feat.

The fact that Ukraine is drifting towards the west, Putin has taken on to himself the “mission” to reverse this intimacy. But the question remains what is the urgency? Why is it that Russian President appears as if he is running out of time and that the time to act is just now!

Recent events have been a road downhill for Putin. His efforts to reunite eastern Donbas region with Ukraine forcefully with failed Minsk agreements. If successful, this union would have given a veto to Putin amid the path Moscow is heading geopolitically. Though Kremlin’s proxies in the south-eastern part of Ukraine are still in control of the region, the rest of Ukraine is slipping away from Putin’s grip.

Furthermore, Ukraine’s closeness to the west and their increasing multi-lateral cooperation is giving Putin sleepless nights. The UK’s military assistance and probable arms sale, joint military drills of Ukraine and NATO nations, Ukraine receiving American Javelin anti-tank missiles and recent purchase of drones from Turkey are the catalysts for Putin’s urgency. Kremlin has argued that Ukraine is heading rapidly to become the “unofficial” member of NATO, the development that if transcribes into actuality will be a threat to Russia – Putin claims that one day Kyiv can host western troops and missiles.

“They came to the conclusion that trends weren’t heading in their direction, that they were heading toward geopolitical defeat,” said Samuel Charap, a senior political scientist at the Rand Corporation. Moscow’s earlier plan to just “wait it out” and let Ukrainians lose patience with new government led by actor turned politician Volodymyr Zelenskiy and western nations lose their interest in Kyiv is just not working out. Kremlin has decided “that the status quo was intolerable and it needed to be changed”.

To steer the geopolitics back to his favorable path Putin has opened a new modus operandi. He has expressed his openness to negotiate as his troops stand in huge numbers on Ukrainian border. The demand is of a new treaty with NATO under which the alliance has to withdraw all troops and infrastructure from countries that had joined it after 1997. This is a complete non-starter for majority of Europe.

Ukrainian president Zelenskiy is looked down upon by Russian authorities that claim he has come “under the influence of radical elements”. Direct negotiations between Moscow and Kyiv have thus ceased. Furthermore, last month Russian diplomats had leaked their communication with German and French counterparts – this has essentially thwarted negotiations with Europe.

This leaves US President the only remaining option for Putin. But he has made it very clear in the past that he doesn’t share any words of Joe Biden. “You and I know well that even they, legal guarantees, cannot be trusted because the United States easily withdraws from all international agreements it loses interest in for one reason or another while explaining it somehow or giving no explanations whatsoever,” he told his top commanders on Tuesday. With this the only viable option for Putin remains use of military offense – a contingency plan that Putin appears to be ready to use.