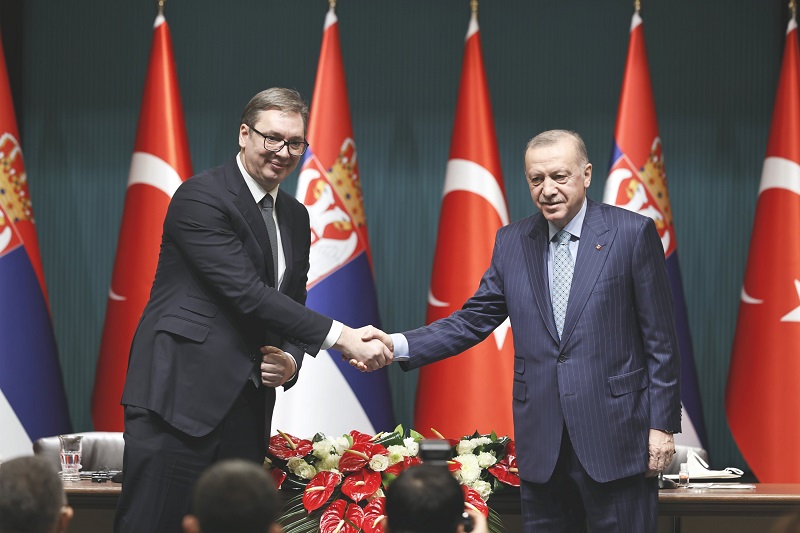 Turkey – Turkish interests in Balkan countries are improving much to the advantage of Serbia which cannot see eye-to-eye with its other European counterparts. It is now trying to act as the peacemaker between the three entities of the Balkan states that are out to kill each other, making a mockery of democracy.

In a recent meeting with his Serbian counterpart, Turkish PM Tayyip Recep Erdogan has advised that Belgrade support is going to be advantageous for Bosnia geopolitically speaking. That is the reason that Erdogan has in talks with President Aleksandar Vucic, has called on the leaders of Bosnia’s three entities to refrain from moves that could endanger the Balkan country’s territorial integrity and urged them to act “with a sense of responsibility.”

Europe is already on tenterhooks over increasing tension and hate speeches doing back and forth amongst Serbians, Bosnians, and Croatians too. But acting as the perfect mediator, Erdogan had said, He said Bosnia’s Serb, Croat, and Bosniak leaders would be invited for crisis talks after Serbia’s elections in April.

Currently, Republika Srpska, Bosnia’s Serb entity is trying to build itself into an independent nation, something that has led to riots in the region. In 2021, its lawmakers started fighting for a nonbinding measure to begin withdrawing from Bosnia’s central armed forces, tax system, and judiciary. This has obviously been met with severe resistance too.

Amidst all this turmoil, Erdogan intends to wait till the Serbian elections and then “we want to bring together the leaders of these three groups and to have a meeting with them. With this meeting, let us take steps to ensure Bosnia’s territorial integrity,” Erdogan told a joint news conference with Serbian President Aleksandar Vucic. “We agreed on this.” It only makes geopolitical sense for Turkey to favor and broker peace amongst its closest neighbours. It might also win it some credit with the other European nations.