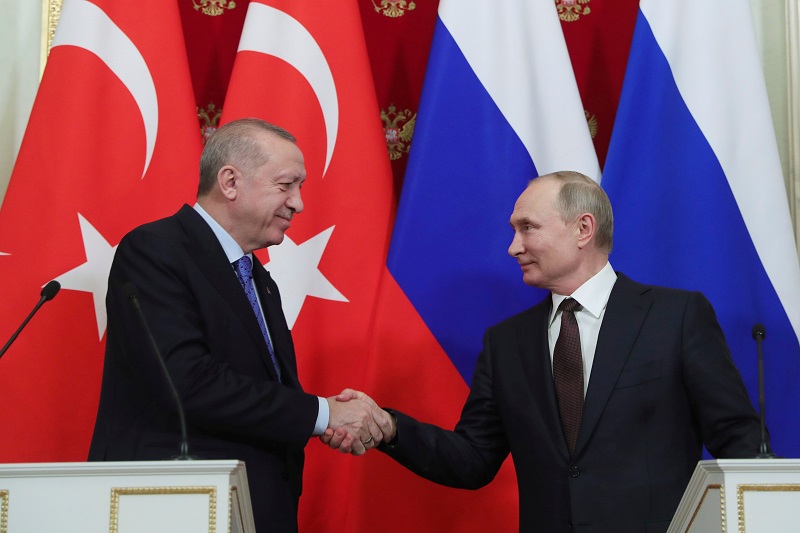 why armenia wants to align with turkey through russia

Russia -Border talks might be the only way that decades of enmity between Armenia and Turkey. The venue is Moscow. What has probably led to a change of hearts is Armenia’s defeat at the hands of Azerbaijan in 2020. War was over the long-disputed area of Nagorno-Karabakh. Turkey had sealed its borders with Armenia supporting Azerbaijan. Since 1993, Turkey maintained its solidarity with Azerbaijan, gave military support to its ally in the war and argued that Baku’s (Azerbaijan) victory means the conflict is no longer an obstacle to talks with Armenia.

So, now, the floor is opening for building bonds of trust and trade again. The last Margara village that resides near the Armenian-Turkish border isn’t very hopeful of sudden change for good.

Initiated by Russia, now, Armenia hopes discussions with Turkey will bear fruit, while the latter never has acknowledged its massacre as ‘genocide’. But this is definitely going to be kept away from the agenda. Armenia expects the talks hosted by Russia to kick off a process with Turkey that leads to the establishment of diplomatic relations and the opening of their border, Foreign Ministry spokesman Vahan Hunanyan has confirmed.

Political interpretations state that indeed landlocked Armenia has reasons to pursue relations with its bigger neighbour now, more than ever. For one, it wants to “overcome isolation” that threatens its economic recovery from the Covid-19 pandemic. Another major reason stems from the new post-war reality and the process of restoring regional trade and transport links in the Caucasus. While Turkish President Recep Tayyip Erdogan won’t earn “significant political points or economic gains from the initiative in the short term,” a successful process will improve Turkey’s access to central Asian markets and boost regional trade and investment, said Emre Peker, Europe director for Eurasia Group.