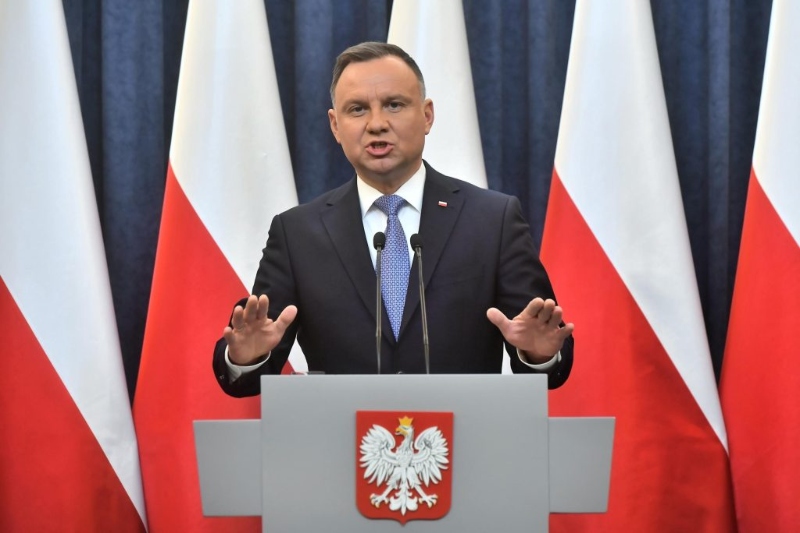 By taking the media ownership law back, Duda has side-stepped a row with Washington amid spiked tensions in eastern Europe.

The US and the EU heavily criticised the law.

“I am vetoing it,” said Andrzej Duda in a televised statement.

The US charge d’affaires in Warsaw thanked the Polish president “for his leadership and commitment to democratic values and protecting Poland’s investment climate”.

It merits mentioning that the law would have stopped any company not in the European Economic Area from holding stakes in Polish media companies. Its practical effect would have been on only one existing company – the US group Discovery. The American firm would have been forced to sell its stake in TVN – one of Poland’s most prominent TV networks. It is pertinent to state that TVN24 is its news channel.

Duda noted the proposed law was unpopular with many Poles and thus, would have dealt a hefty blow to Poland’s reputation regarding the ease of doing business.

Poland’s lower house of parliament recently stamped the bill. It was pushed by the governing Law and Justice party.

Many Poles saw the bill as an attempt to curb broadcasters’ freedom of speech, airing independent and critical reporting of the authorities.

Mass protests were recently held in support of freedom of speech. At the same time, Discovery had warned to sue Poland in an international court over the legislation.

Meanwhile, the government had argued the law was intended to protect Poland‘s media from hostile actors such as Russia.

Andrzej Duda said he agreed with the law’s basis, arguing that many other democratic countries, including France, the US, and Germany, had such legislation.