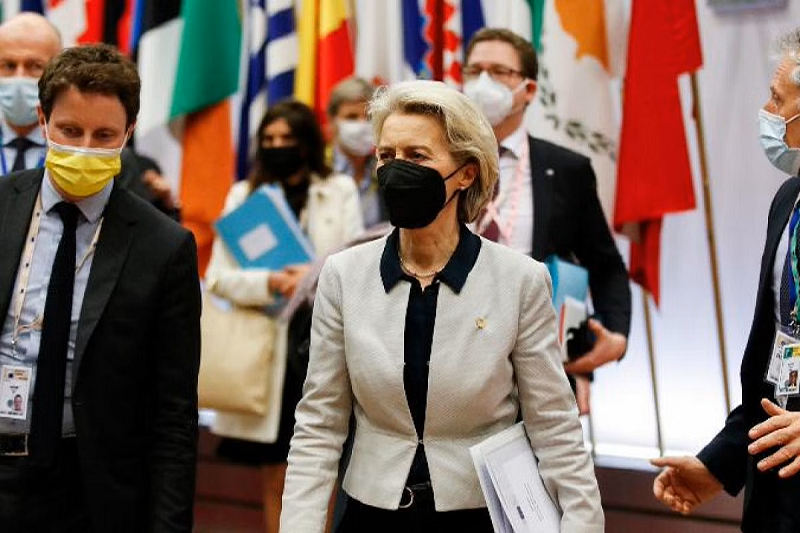 eu comes heavy on russia with fourth set of sanctions

EU Comes Heavy On Russia With Fourth Set Of Sanctions

Russia-Russia’s invasion of Ukraine has invited a fourth set of sanctions to it from the European Union. This time, cryptocurrency and luxury goods are to take the hit. Under the new sanctions, the European Union has decided to suspend Moscow’s privileged trade and economic treatment. It will also hit its cryptocurrency assets and push a ban on exports of EU luxury goods to Russia as well as the import of Russian iron and steel goods.

This was decided in a two-day summit at Versailles where EU leaders met to contemplate ways to ensure Russia gets to pay for its act. In an official statement, European Commission President Ursula von der Leyen has said that “…..we will take the fourth package of measures to further isolate Russia and drain the resources it uses to finance this barbaric war.”

This fourth section of sanctions comes in tandem with talks with the US and G7 countries that have all vehemently opposed the Russian invasion and destruction of infrastructure in various Ukrainian cities. Europe is well aware that it now needs to quickly find alternatives to move away from Russia over its dependency on fossil fuels and wheat exports.

Further, it has been decided that along with other western allies, such as the US, the 27nation bloc will also revoke Russia’s “most favoured nation” trade status. This, it is estimated, is bound to open the door to the bloc banning or imposing punitive tariffs on Russian goods and putting Russia on par with North Korea and Iran. As a first step, the EU will prohibit imports of iron and steel goods.

Adding on to her formal statement, Ms. Von Der Leyen has further said that, “Russia’s membership rights in leading multilateral institutions, such as the International Monetary Fund and the World Bank, would also be suspended. Russia cannot grossly violate international law and at the same time expect to benefit from the privileges of being part of the international economic order.” Prospects of circumventing the sanctions will be worked on by G7 allies by next week who will co-ordinate the targeting of Russian President Vladimir Putin‘s “cronies” and ensure Russia and its elites cannot use crypto assets.