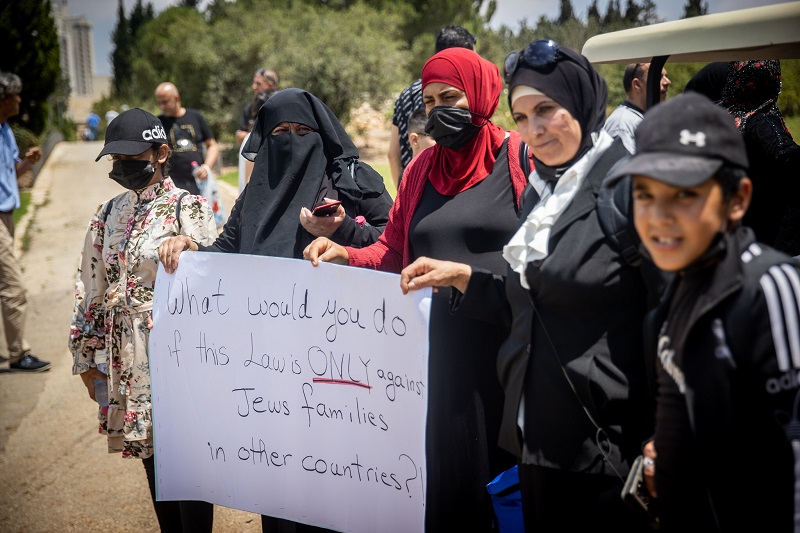 .Conventional Law Will Now Prohibit Palestinians To Unite With Israelis In Marriage

Israel – Israel has renewed a conventional law that curtails the rights of women even more than before. Though a temporary law, it dates back to 2003 and bars Israeli citizens from extending citizenship or even residency to Palestinian spouses from the occupied West Bank and Gaza.

It is yet again a way of showing favoritism and racial discrimination against the Palestinians living in Israel. The law went for a vote cycle where it received 80 percent acceptance (a 45-15 vote). It is now being considered as a citizenship law that makes it next to impossible for the reunification of families even if one spouse is an Israeli citizen.

This will make it completely impossible for inter-nationality marriages between Palestinians and Israelis. The Knesset failed to pass the law last summer because it did not have the support of left-wing and Arab members of the governing coalition.

Iraq to construct a wall to keep ISIS fighters at bay

Many critics are looking at it as a discriminatory measure that undermines the rights of Palestinians and hampers them from having a peaceful family life. Though being called as a security measure, it does not come across as that but a simple ‘geographical divide strategy’.

The law, which needs to be re-approved every year, also bars marriage with citizens of “enemy states,” including Lebanon and Iraq. But it is widely seen as targeting Palestinians, who have a vast number of spouses to whom the law applies.

The new legislation even includes a section declaring that the law aims “to protect Israel’s Jewish majority” and sets up quotas on permits approved for “exceptional humanitarian cases.” It also empowers the Israeli interior minister to charge Palestinians married to Israelis with espionage or terrorism if they are caught traveling with their spouses.