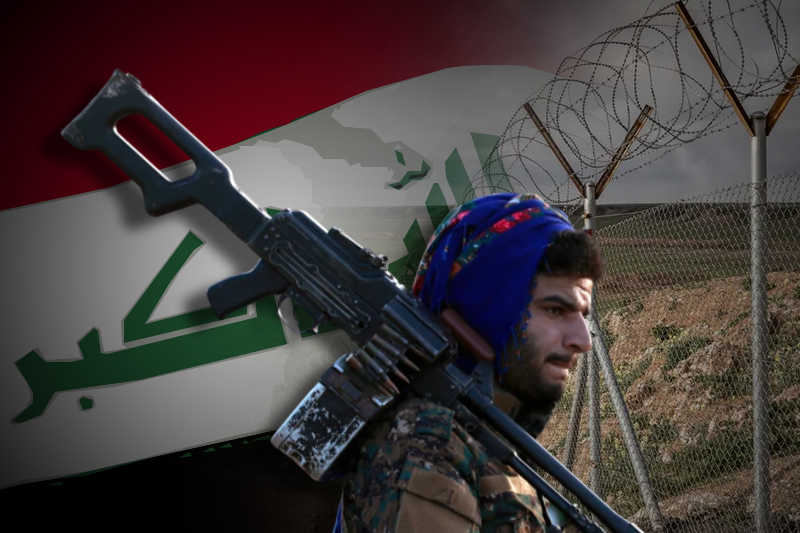 iraq to construct a wall to keep isis fighters at bay

Iraq to construct a wall to keep ISIS fighters at bay

Iraq– Iraq has only recently started to manage the terrorists on its territory and now, its leadership cannot think about loosening their group even for the time being to give an opening to the terrorits.

In line with their new launched efforts, Iraq has confirmed constructing a concrete wall on its borders to stop the unrevolted entry of ISIS fighters on its territory. It is building a wall along its border with Syria after repeated attempts from the Islamic State group jihadists.

On Sunday, a source working with the Iraqi military stressed that the first stage of construction is completed as the wall has been built around a dozen kilometers and is 3.5 meters high at Nineveh province.

Details about it cannot be revealed to a complete extent but some sources chose to reveal on the condition of anonymity. There is a mystery around the idea as they want to catch ISIS fighters off-guard at border areas and increase the level of threat Iraqi leaders posses to the terrorists.

Syria a crucial nation in context to terrorism and especially considering its close links with the ISIS leaders. Hence, Syria sharing an over 600-kilometer-long border with Iraq increases the concern among the leaders. Given the situation and past experience, the Iraqi authorities have decided to put a stop to the infiltration of the members in its territory.

Justifying its actions, Iraq had earlier said that intolerance for infiltration from Syria was clear from way before. It said that it has been building a fence along the Syrian border since 2018 and these latest steps are only continuation to the previous steps.