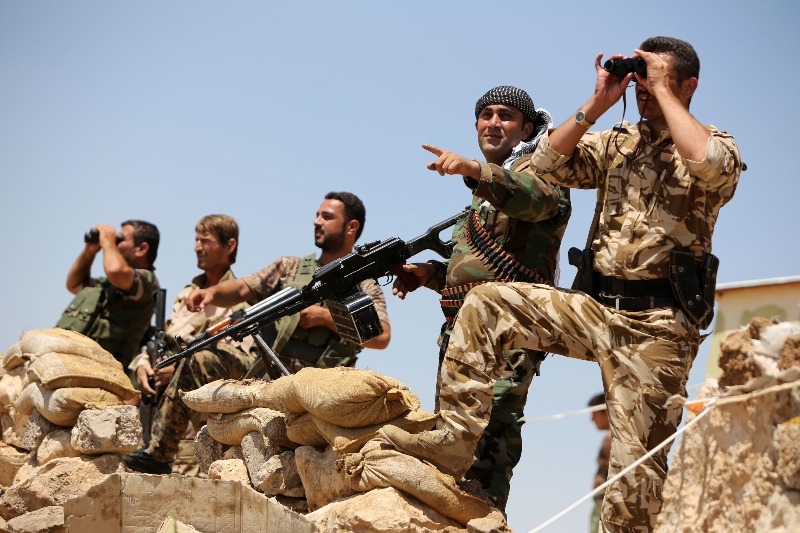 It was a rare site in Iraq when the forces of the federal government and Kurdish fighters together fought against the ISIS group. The infighting has been going on for two months and when Iraqi soldiers found the involvement of ISIS in some of the parts of the nations, they went and attacked.

The scene from a very small northern Iraqi farming village of Lheiban was highlighted when it was found that there was a sense of coordination between the federal government and the semi-autonomous Kurdish region.

It was clear for once that the two of them were fighting against the same enemy which in this case was ISIS. The village was extremely prone to an attack and if it would have been successful, it would not have been difficult for the militia groups to spread its wings all over the nation.

There is an ongoing dispute regarding the territory between Baghdad and Iraq’s Kurds and hence now they are taking steps to find a common ground, in this case the ISIS, so that they can prevent infighting and resurgence of the Islamic State group.

It is hard to comment on how long will this partnership last between them as there are a lot of differences especially when it comes to the hatred Kurdish have for the people in power but there is only one common ground between them and that is ISIS. As of now, both the sides need the Americans around them so that they can be supported whenever required.

This is one reason why Iraq seems to be the only country where the United States is keeping some of its soldiers after announcing withdrawal from other countries. Not only is it important for America to monitor the situation in the country when it comes to ISIS, it also needs to find a solution or at least stop infighting between Iraqi soldiers and Kurds.