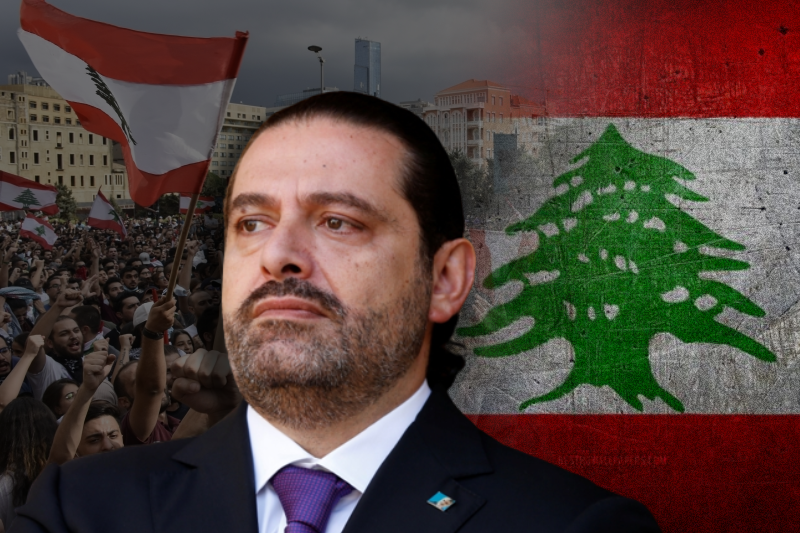 Speaking on the 17th anniversary of his father’s assassination, former Prime Minister of Lebanon Saad Hariri shared his concerns over the rapidly deteriorating condition of his country. After paying his respects at grave of his father Rafik Hariri on the 17th anniversary of his assassination in Beirut, Hariri met his supporters. Scores of Lebanese people gathered in front of Hariri’s tomb in Beirut paying their respects and for a moment of silence at 12:55 p.m.

Expressing his concerns, Hariri noted that his Beirut home will remain open for the Future Movement that would continue its work for the people of Lebanon, providing support and services to them.

Anniversary of Rafik Hariri’s death comes few weeks after Saad Hariri announced his retirement from politics and that he would not be running for upcoming parliamentary elections. The supporters of Hariri gathered at his father’s tomb raised blue Future Movement banners and held pictures of Saad Hariri. They cheered and waved as Hariri walked past them. One supporter said, “How will become of life in Lebanon? The day of the assassination was a dark one, and it has gotten darker with Hariri’s withdrawal from political life.”

A woman from Tariq Al-Jadida said, “They killed the father and betrayed the son, so we became orphans, but we will never hand over our fate to them.”

Supporters of the Future Movement were not invited to the tomb by it, but scores of supporters were present rallying for the commemoration of Hariri’s murder on social media. Hariri this year did not give his usual speech but instead recited Al-Fatihah in front of the tomb, along with his aunt, MP Bahia Hariri, her husband, and some of the family members. Moved by the scene at the tomb, Hariri said, “The scene at the tomb says it all.”

Japanese Ambassador to Lebanon Takeshi Okubo tweeted on Monday, “We commemorate PM Rafik Hariri’s efforts with many countries, including Japan, for the reconstruction of Lebanon.”

Former Future Movement MP Mustafa Alloush said: “We are seeing the results of the project that began with Rafik Hariri’s assassination, which is the invasion of the entire region that led to the destruction of Syria, Lebanon and Yemen.” Addressing his bloc MPs on Sunday, Hariri said, “Regardless of my political position and my decision, but my personal reading of the situation is that it will get worse, and my advice to you as a brother and not as a leader, is not to run for elections, because nothing portends positivity; spare yourselves the insults.” Hariri expressed his conviction over this step being apt because “there is no room for any positive opportunity for Lebanon, in light of Iranian influence, international confusion, national division, the rise of sectarian tensions and the deterioration of the state.”