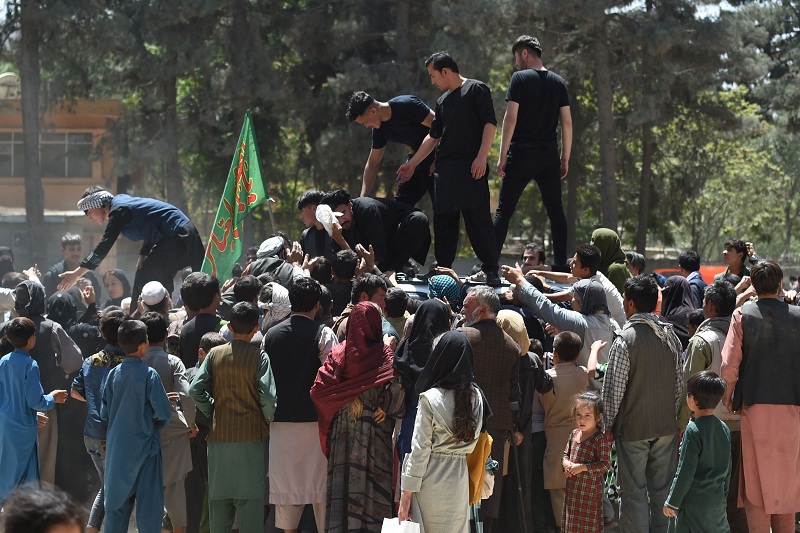 Haunted by the 2015 migration crisis – which was fueled by the Syrian war – European leaders clearly wished to escape another large-scale influx of migrants and refugees from Afghanistan. Apart from the people who helped Western forces in Afghanistan’s two-decade war, the message to the rest considering fleeing to Europe was: If you want to leave, go to neighbouring countries, but please don’t come here.

Emmanuel Macron’s talk with his nation on Aug. 16 summed up the reality Europeans would face after the US troops withdrew from Afghanistan. Macron, addressing the country, highlighted that Europeans need to prevent the surge of international terror groups in Afghanistan and prep themselves up for a flow of irregular migrants. One clear thing was that the Biden administration had decided to withdraw from Afghanistan without taking its European allies on board.

Even though European states engaged in Afghanistan via NATO to showcase their solidarity primarily with the United States, however, Biden’s haste highlights the problem of the absence of geopolitical thinking among European leaders — the consequence of which could be faced in the form of illegal migrations.

Consequently, the leaders have agreed to provide financial assistance to neighbouring countries of Afghanistan — most of which are likely to see a huge influx of refugees — with the hope that they act as border lines for preventing migrations to Europe.

The current approach for the impending Afghan refugee crisis is along the lines of the process that the EU adopted earlier — offering financial aid to transit and neighbouring countries in exchange for them taking in the migrants. In other words, the EU is relying on economic means once again to come to terms with the geopolitical repercussions of a conflict. Central Asian republics have, for their part, made it clear already that they will not house Afghan refugees for a long time.