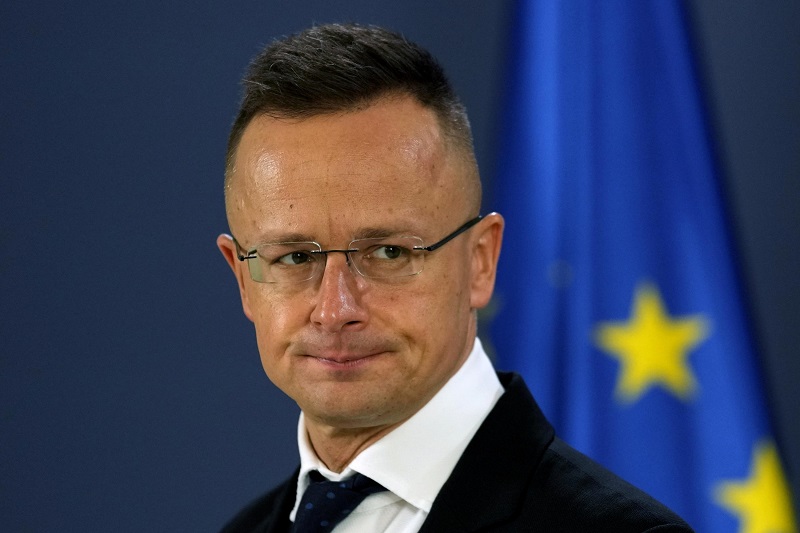 hungary accuses ukraine of attempting to interfere in the upcoming election

Hungary -The foreign minister of Hungary on Wednesday accused Ukraine of attempting to interfere in the upcoming Hungarian election, which is about to take place on 3 April. However, Ukraine denied this claim.

Hungarian Foreign Minister Peter Szijjarto released a video on social media on this matter. He claimed that there was ongoing coordination between the Hungarian left and representatives of the Ukrainian government about the upcoming election. He accused Ukraine’s leadership of influencing Hungary’s upcoming election in favour of a coalition of opposition parties. However, he did not provide any evidence supporting the claim.

The Hungarian Foreign Minister claimed that Ukraine’s foreign minister, Dmytro Kuleba, had contacted the Ukrainian ambassador in Budapest to influence Hungary’s election. It has affected the Ukraine-Hungary relationship.

Hungary’s stance on the war

Recently, Ukrainian President Volodymyr Zelenskyy made several comments against the Hungarian government’s approach to the Russia-Ukraine war. Hungary also refused to supply Ukraine with weapons or allow for their transfer across its borders. Hungarian Prime Minister Viktor Orban said that providing such assistance to Ukraine would draw Hungary into the war. Zelenskyy also slammed Orban for opposing sanctions on Russian energy imports. Zelenskyy asked Hungary to take a clearer stance on the war. However, Orban claimed that sanctions on Russian energy would affect the Hungarian economy. Orban said that 85 per cent of Hungary’s gas and more than 60 per cent of its oil comes from Russia.

Orban will seek a fourth consecutive term in a contest on Sunday. During his 12-year rule, Orban’s government has created deep economic and diplomatic ties with Russia.

Ahead of Sunday’s parliamentary election, Orban has avoided the campaign becoming a referendum on his history with Russia. He reportedly said, “I will keep Hungary out of the war.”

Orban’s right-wing Fidesz party has campaigned as the guarantor of Hungary’s peace and security amid the Russia-Ukraine war.