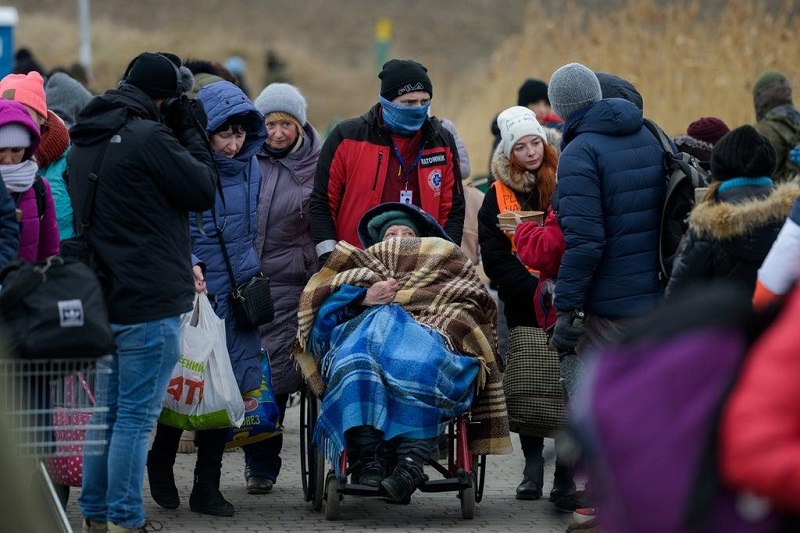 Ukraine -Ukraine’s maternity facilities have been devastated in war. But more than that, the Russian onslaught has created huge problems for the surviving children who are now becoming nothing less than refugees in need of care.

Currently, thousands of children who have been temporary shelter in makeshift facilities across European countries are in danger of mental trauma and emotional collapse. Their lives have been overturned overnight. As per official estimates given by the UNICEF, children account for about a half of the more than 3 million Ukrainians who have crossed into Poland, Hungary, Slovakia, Romania and Moldova since the invasion began on February 24.

While countries bordering Ukraine have generously opened their borders to home millions of Ukrainians, the worst pressure is coming on mental health facilities that are not as equipped at this stage, to handle such a large surge of war victims.

Despite promises of retreat, the Russian onslaught in continuing forcing literally all to flee their own land. Over the past 20 days, an average of 55 children have been fleeing Ukraine every minute and the trend is unlikely to change as Russian forces continue their advance. It is worrisome to see that language is also becoming a barrier for these children who are mostly without fatherly support as most men have been held back to fight in Ukraine.

New arrivals are expected to overwhelm underfunded and poorly managed public schools in tiny Moldova, but also in relatively affluent Poland – the fifth-most populous member state of the European Union – where classes are held in Polish, a language most Ukrainians do not speak. On arrival, anxiety levels are high and children are seen to find it difficult to comprehend as to what is happening. Most feel they have been sent on a short vacation and would definitely find themselves back home, in time.  Many are finding it difficult to make contact or express their sense of being without their own things.