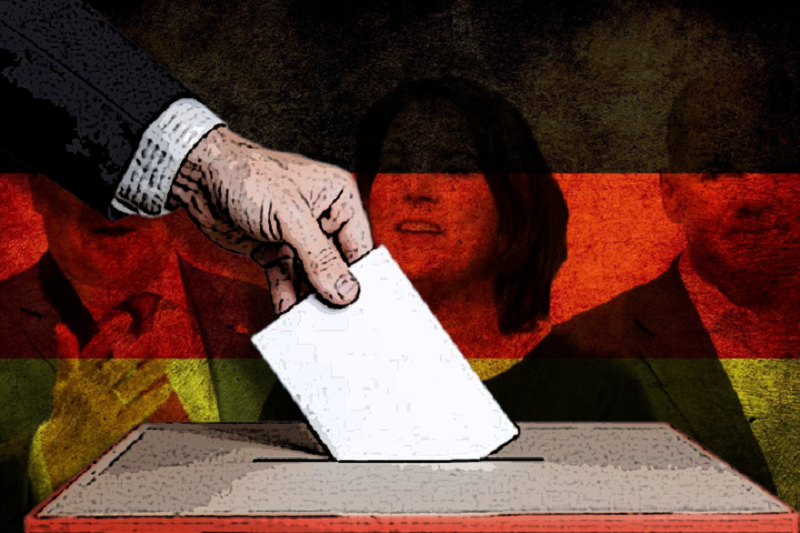 german election who will win and on what grounds

Germany, on 26 September, is set to vote for its 20th parliament of the postwar era. The current chancellor, Angela Merkel, will then step down, bringing an era of 16 years to an end. As per media reports, voting booths in the 299 electoral districts will remain functional from 8 am till 6 pm. German passport holders – those who have lived in the country for a period of three months at least – are eligible to cast their votes.

German citizens residing abroad can apply to participate remotely and are allowed to vote under specific conditions.
With regards to the pandemic, a lot of people are expected to cast their vote by letter – more than ever before.
Germany’s last federal elections in 2017 saw 28.6% of votes by post – this year, a whopping 50% of eligible voters have already applied for a postal vote.

This election race is one of the most open in recent memory. Three parties have taken leads at various stages in opinion polls. After the Greens and the CDU unveiled their candidates in the spring, the ecological party leapfrogged the conservatives briefly into the top spot.

The German Greens have observed a decline in their polling numbers in the final weeks of campaigning. Since the party still holds third place, it remains likely that the Greens could play a significant role in the country’s next government.

The Greens’ poll numbers show that they are running in third place after the centre-left SPD and centre-right CDU/CSU. But, given potential areas of a political agreement with both the CDU/CSU and the SPD, it gives the Greens a good chance of playing a role in forming a new German government.

The outgoing government has said that Germany is to become greenhouse gas neutral by 2045; a dominant question is how Europe’s largest economy will proceed about curbing the carbon emissions of its industry.