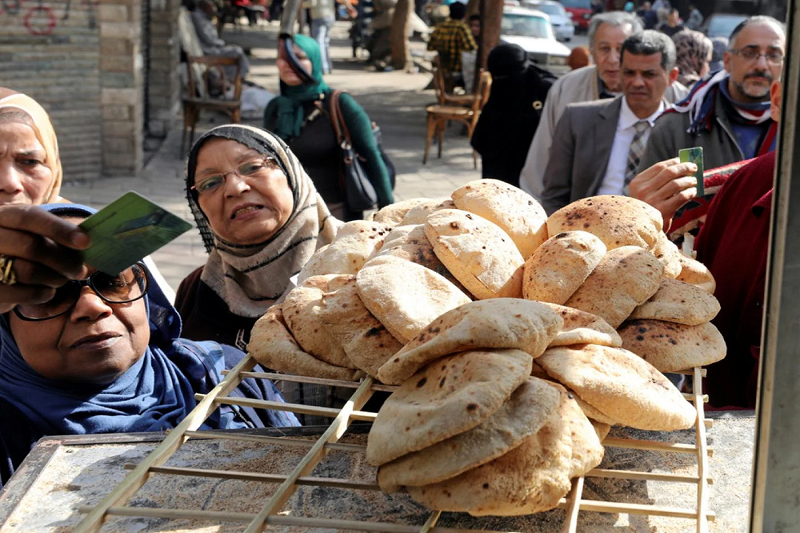 Eqypt -Egypt has now made plans to control the price of ‘free market’ bread in the wake of a shortage of wheat imports from Ukraine. Wheat farmers have been instructed to deliver certain amounts to the public; failure to do this would amount to heavy penalties, official sources have confirmed.

As the Middle East’s one of the poorer countries, Egypt supports its own 102 million people through the free bread that the government provides for. Merchants have therefore been warned not sell bread on a heavier price in times of crises meted on Egypt due to the Ukraine- Russian war.

The government has been taking some quick steps to curb the damage coming from the Ukraine- Russian war. Besides Wheat, the price of oil has also been surging due to heavy sanctions on Russia from the Western world that is now preventing it from selling its fossil fuels.

The various curbing measures by the Egyptian government include a three-month ban on the export of essential foodstuffs, including wheat, raising the domestic price of gas, and tightening the monitoring of retail food markets to prevent hoarding.

A court ruling last week has granted the government the right to shut down bakeries for up to three months if they breach the price regulations or specifications of bread.

Bread is the staple for most Egyptians, 60 million of whom buy it cheap under a state-subsidized food care system. The remainder of the population consumes the free-market variety that is larger, of better quality and more expensive.

The free-market bread is available for sale virtually everywhere across the country, on pavements, at small grocery stores, supermarkets and outside bus stops, metro stations and government buildings. While the decision might be able to buttress the war effect, it will definitely affect the Egyptian trader community as well. In the wake of the Russia-Ukraine war, Egypt‘s decision to force local wheat producers to sell a slice of their output to the government has split the industry, with some farmers set to gain and others facing job losses.