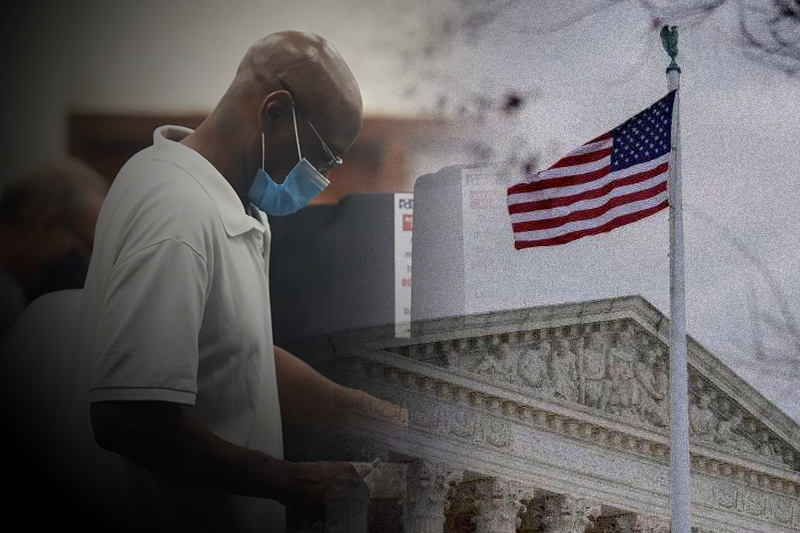 Latest decision by the Supreme Court of the United States of America has put a hold on ruling by the lower court about Alabama drawing new congressional districts before the 2022 elections. The support by Supreme Court ruling on Monday means Alabama doesn’t have to redraw the maps – a big win for GOP that will leave the situation in the state a ‘textbook example’ of discrimination against Black voters in America. This decision will help the Republicans hold six of seven seats in Alabama’s House of Representatives.

Monday’s 5-4 vote has given the green flag to the upcoming 2022 elections to be conducted under map drawn by Alabama’s legislature controlled by Republicans. The congressional map contains just one Black majority district, represented by a Black Democrat, in a state that has more than one-quarter of its population Black. This is a direct act of suppressing Black Vote.

Tight run between Trump and Biden keeps US on the edge

The lower court ruling led by three judges, two of who were appointed by former president Donald Trump, had ruled that congressional map by Alabama has likely violated the federal Voting Rights Act by not creating a second Black majority district, thereby attempting to dilute their power of votes. Supreme Court Justices Brett Kavanaugh and Samuel Alito said that ruling by the lower court came too close to the election cycle of 2022. “Running elections state-wide is extraordinarily complicated and difficult. Those elections require enormous advance preparations by state and local officials, and pose significant logistical challenges,” Kavanaugh wrote. “The district court’s order would require heroic efforts by those state and local authorities in the next few weeks – and even heroic efforts likely would not be enough to avoid chaos and confusion.”

Justice Elena Kagan raised opposition along with three liberal judges. She said that lawmakers can redraw congressional maps in a week as primary in the state is not until May 24. “Alabama is not entitled to keep violating Black Alabamians’ voting rights just because the court’s order came down in the first month of an election year,” she wrote. She added that the court giving decision “does a disservice to Black Alabamians who under that precedent have had their electoral power diminished – in violation of a law this court once knew to buttress all of American democracy.”