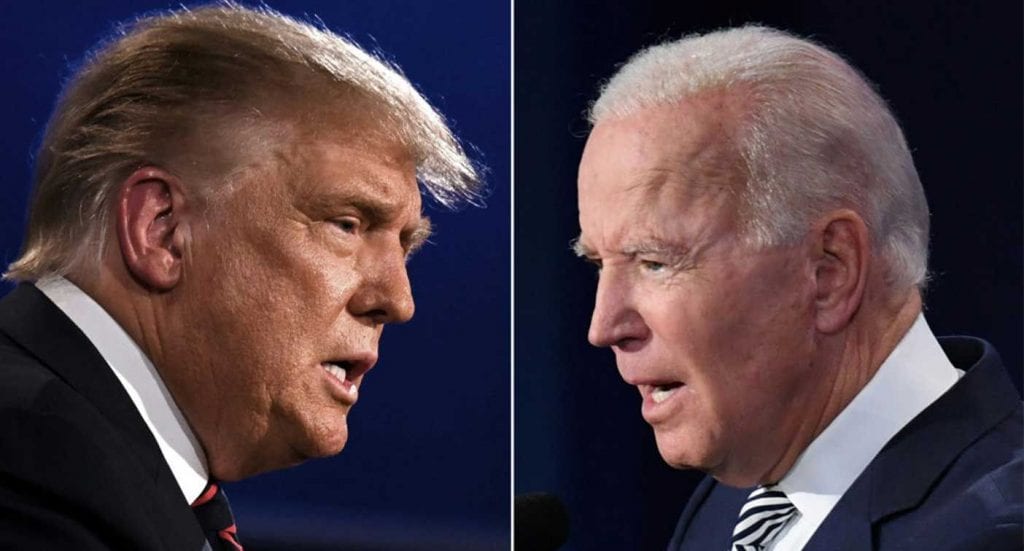 Tight run between Trump and Biden keeps US on the edge

The election race between Donald Trump and Joe Biden still stands undecided as both have been pacing close and vote counting is still far from over. Trump has strongly opposed the ongoing vote count process and threatened that he would take the matter to the Supreme Court. It is mainly the mailed-in ballot which has kept the counting on the go. Since none of the candidates hit the required number of 270 votes in Senate so the counting is being continued. On Wednesday morning Trump dropped a bomb announcing that outstanding ballots can longer be counted. Trump has been against the mail-in ballot since the start and questioned its authenticity on several occasions.

Both the camps seemed to have readied their team of attorneys in case this battle takes a legal turn, though its not clear on what legal ground would Trump pursue the case. Biden, respond to Trump’s call for immediate halt of counting, by saying that elections “ain’t over until every vote is counted, every ballot is counted”.

He said, “It’s not my place or Donald Trump’s place to declare who’s won this election. That’s the decision of the American people.”

Pennsylvania Gov. Tom Wolf took to Twitter stating that his state had over 1 million ballots to be counted and he “promised Pennsylvanians that we would count every vote and that’s what we’re going to do.”

Legal experts still lack clarity over Trump’s declaration. “I do not see a way that he could go directly to the Supreme Court to stop the counting of votes. There could be fights in specific states, and some of those could end up at the Supreme Court. But this is not the way things work,” said Rick Hasen, a professor of law and political science at the University of California-Irvine, told AP.

Trump might not have a strong case in this regard as last week, the US Supreme Court gave an order against Donald Trump’s Republican Party’s plea, in order to prevent the GOP  from interfering in the state vote counting system, especially with regard to absentee ballot counting in North Carolina and Pennsylvania. The Republicans filed a plea objecting the state court-approved decision for extension of the deadline for the receipt of mail ballots to accommodate voters during the pandemic. The state court said that it made the special provision for the extension keeping in mind the health of the voters. The court’s new deadline was stretched by six days in North Carolina, i.e. from Nov. 6 to Nov. 12, for the receipt of ballots, provided the ballot were marked and mailed latest on Nov. 3.

The apex court upheld the state court’s decision in favour of extensions in both the states in question stating that as per the state constitution, states had the right to decide what they deemed fit in case of voting. The unprecedented times of coronavirus led to unprecedented legal judgements.

Both the Republican and Democrat candidates have made expected gains in smaller states but its the key battleground states which has kept people on the edge. As per the poll estimates, Trump is expected to win in Florida, Texas, Iowa and Ohio. Biden, on the other hand, is likely to win Arizona, while a tie is expected in North Carolina and Georgia. Results for Michigan, Pennsylvania and Wisconsin is seen as an unexpected turnout.