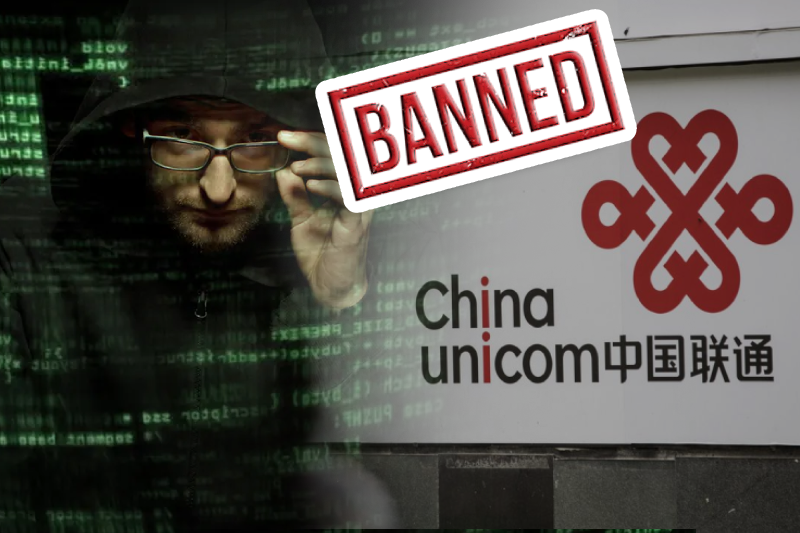 China -The United States bans telecom giant China Unicom over national security and spying concerns. The Federal Communications Commission (FCC) said it had voted unanimously to repeal authorisation for the company’s American unit to operate in the country.

The commission said that China Unicom must stop providing telecoms services in America within 60 days. The chairman of FCC, Jessica Rosenworcel said that the Chinese state-owned carriers pose a real threat to the national security of telecommunications networks in the US.

According to BBC, China Unicom denied such allegations. The telecom giant said its American unit has a good record of complying with relevant US laws and regulations. The company further claimed that it had provided telecommunication services and solutions as a reliable partner of its customers in the past two decades in America.

In a statement emailed to the BBC, China Unicom (Hong Kong) Limited said that it will closely follow the development of the situation.

Earlier, the US authorities have targeted Chinese technology and telecoms firms over espionage concerns. In 2021, US President Joe Biden signed legislation to stop companies from receiving new telecoms equipment licences. The legislation was applied to companies that were judged to be a security threat for America.

In 2021, the government also added a dozen more Chinese companies to its restricted trade list. The authorities cited national security and spying concerns while restricting the companies.

Under the Secure Equipment Act, the FCC will no longer review applications from companies that pose to be a threat to the country. Reportedly, Huawei, ZTE, and three other Chinese companies cannot be used in US telecoms networks because of security concerns.

The authorities claimed that the Chinese government’s control of the company allowed China to access and misroute US communications.