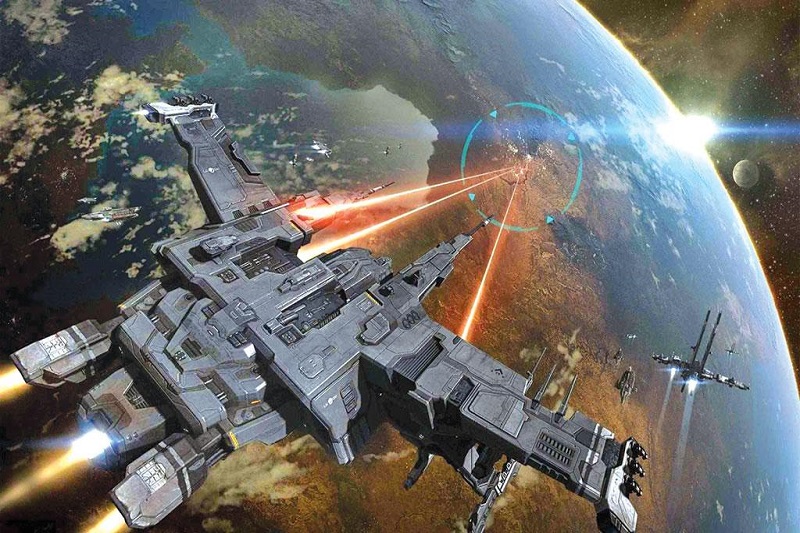 how the world is preparing for space wars

Global – The clock of history goes back to the exact moment when the Cold War ended. By that time, the military competition had shifted to an entirely new frontier: space. Back then the technology was not up to the ambitions, but today there are the capabilities to take the battlefield out of the atmosphere. In the space of a month, we have seen two concrete proofs of this revolution, which sweeps away the last sanctuary: it can be fought anywhere. Concepts and tools are those conceived before the collapse of the Wall. There are no innovations, but the demonstration that today Star Wars are a reality: space becomes the dimension to launch attacks against which there is no defense. And so, this new arms race risks bringing the world into an era of insecurity never known before.

First of all, because so many nations have missiles capable of shooting down satellites. It’s not that difficult: the Americans carried out the first test in 1985, with a bomb thrown by an F-15 fighter. The Russians also inherited an arsenal of prototypes from the Soviet era, including a cannon capable of firing into space, rapidly updated with miniature sensors and computers. Missiles attached to the belly of MiG 31 aircraft; others launched by self-propelled batteries; killer satellites positioned in orbit until the moment for action. A few months ago, they tried one of these Astro-robots, which approached a US station simply identifying it: it would have been enough for them to advance a few tens of meters to put it out of use. China and India have also been experimenting with an anti-satellite ballistic device, while Turkey wants to make it. And Iran boasts of devices capable of deflecting or blinding the star lookouts.

This proliferation multiplies the dangers. A single satellite downing, for example, during a crisis between India and Pakistan, can generate a devastating wave of debris, such as damage to any device in broadband orbit. Likewise, the terrible lesson conveyed by last week’s Russian missile shattered an old Soviet satellite into 1500 deadly pieces. The first analyses indicate that the Moscow technicians have studied the impact precisely to “pilot” the fragments in a particular direction, as in the trajectories of a game of billiards. And the cloud of splinters has turned into a lethal rake, which continues to revolve around the Earth: a few centimeters of sheet metal can send a telecommunication center that cost half a billion euros into a tailspin. Or worse: an emergency was triggered on the ISS space station, and the crew took refuge in the return shuttle. A threat that will continue over the years: of the 3,679 splinters created in 2007 by a similar Chinese test, as many as three thousand are still lurking.

Therefore, it is a powerful asymmetrical weapon, especially to the disadvantage of Western countries that most depend on space for communications and navigation. None of the 7,500 active satellites are armored. Indeed, they are all extremely delicate. For this reason, a French idea is also beginning to take hold in the United States: to deploy bodyguards in space, who will act as a shield against the attackers and in the future neutralize them with laser weapons. And seven nations, including Italy, have launched a European plan to “lockdown” the space antennas. The Pentagon, however, thinks of more immediate solutions: “We must ensure that our satellites are less fragile and more difficult to find – explained Nina Armagno, the first female general of the American Space Force – on Wednesday. We need to upgrade the sighting systems, increase the orbit bands, use smaller satellites and exploit the commercial ones so that it is more complicated for the Russians to target our missile warning network with a first strike “.

The term used by Armagno takes us back to the nightmares of the Cold War: the first strike, the surprise attack to open the nuclear conflict. A ghost canceled for three decades, which returned to materialize a month ago with another operation, this time in Beijing. The Chinese have experienced a kind of space bomber, which releases a barrage of hypersonic missiles. In theory, it can hit any continent without having time to react: atomic bombs would swoop down on key cities or bases before being able to raise the alarm. The commander of the American armed forces Mark Milley, said: “We are very close to a Sputnik moment,” comparing it to the loss of the US in front of the first Soviet satellite. A real thrill. Because there is the fear of having reached the threshold of a very high-risk border, where any balance of terror is impossible, and the temptation of an apocalyptic attack no longer comes excluded.