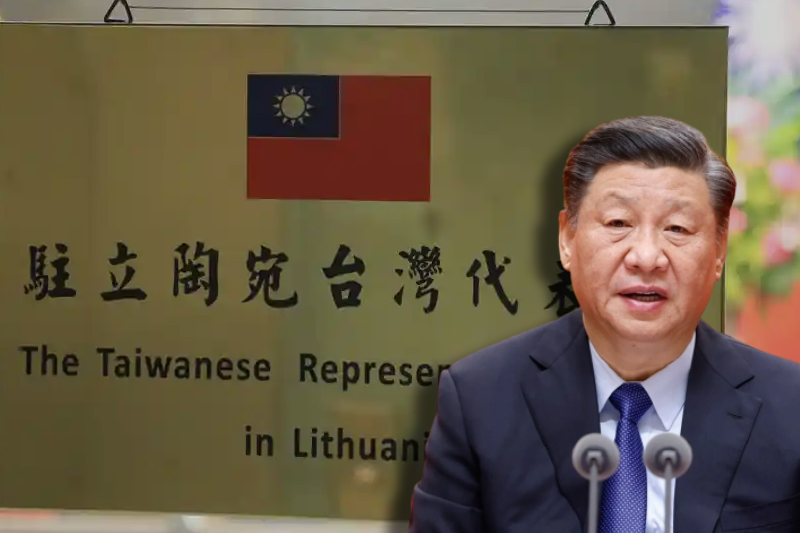 China- Lithunia – Owing to the tensions with Taiwan, China has decided to compromise on diplomatic ties with Lithuania after it decided to give green light to open a Twianese embassy on its land.

The baltic nation allowed Taiwan to open a de facto embassy in its capital on Sunday, a move that contradicts China’s policy of keeping Taiwan under its power. According to the official statement issued by the Chinese foreign ministry, the government is extremely dissatisfied with Lithuania’s move.

They added, “Lithuania only has itself to blame, it will have to pay for what it did.” Beijing claims Taiwan to be land under it while Taiwan has repeatedly said that it is a sovereign nation and nobody has any right to interfere in its affairs.

Due to the type of confusion between the countries, only a few handfuls of countries can have direct diplomatic ties with Taiwan as many sides with China on its one-China policy. India was among the nations that expressed its support to Taiwan earlier this year. On Monday, China warned Lithuania saying it will “pay for what it did”.

One of the countries to have been increasingly vocal about the Taiwan issue is the United States. It has promoted greater participation from the island nation and also allied many Twianese workers to come to the States and start making a living. The US has also asked for greater participation of Taiwan especially during and post the Covid-19 pandemic. China on the other hand seems to be adamant about its stand on Taiwan prompting the introduction of legislation that would make countries of people criminally liable for supporting Taiwan’s fight for its independence.