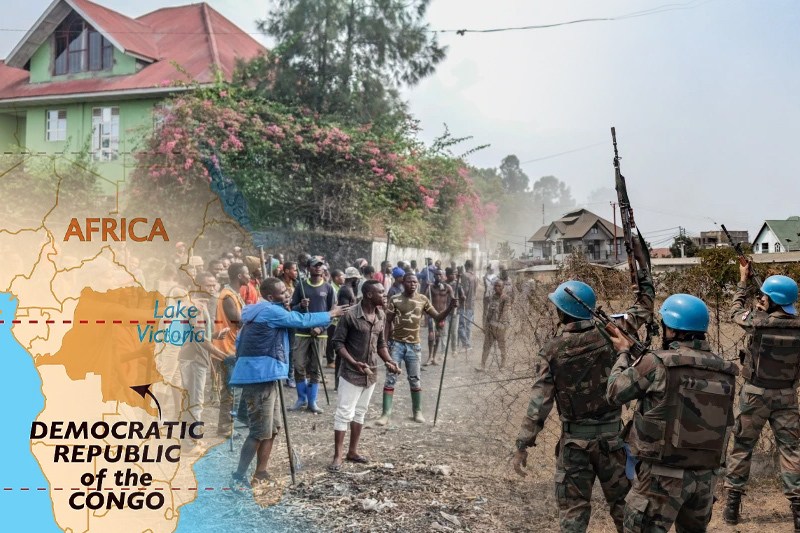 United Nations force is no longer welcomed in Democratic Republic of Congo (DRC), locals say they have overstayed. But why? The reason lies in the ground condition of the African nation. Two decades ago, the UN forces arrived with agenda of peace keeping in the volatile region that was overrun by the militias. But still the insurgents remain active and locals are now losing patience.

Anti-UN protests are on surge in the eastern region of DR Congo since July 25, killing 36 people including 4 UN peacekeepers. DRC government has confirmed that at least 170 have been wounded as of now. Protesters are demanding UN forces withdrawal from the highly vulnerable central African country. The anger is directed at UN forces as they failed to rein in the armed militias and rebel groups who have been carrying out lethal attacks killing scores of civilians in the easter part of DRC.

Last month, Reuters had reported that soldiers who are attached to the United Nations Organization Stabilization Mission in the Democratic Republic of the Congo, also known as MONUSCO, have been “accused of firing live rounds at demonstrators as they battled to contain violent protesters who attacked and looted UN buildings”.

On Sunday, there was another incident where 2 UN soldiers allegedly opened fire at Uganda and DRC border that killed two. “Some UN peacekeepers came back from vacation and when they got to the border, the (DRC) immigration service told them to come back after three days … because there is a lot of pressure at the moment in the DRC. But they decided to force their way through and started shooting. Two people died and 15 people were wounded,” said DRC’s communications minister and government spokesperson Patrick Muyaya. MONUSCO has arrested and opened investigation into the two officers.

What has made the DRC people furious?

Decades long militia violence has crippled DRC’s development, economy and peace, leading to scores killed and thousands displaced. “People are upset and tired of UN peacekeepers in the DRC because they have been here for the past 20 years but the security situation hasn’t changed a lot,” Muyaya said.

UN mission has been gradually withdrawing its soldiers from DRC over past few years. A complete withdrawal plan is under works between UN and DRC government led by President Felix Tshisekedi. Government says it might take up to at least one year for the UN mission to completely evacuate the country, urging the people to maintain calm.