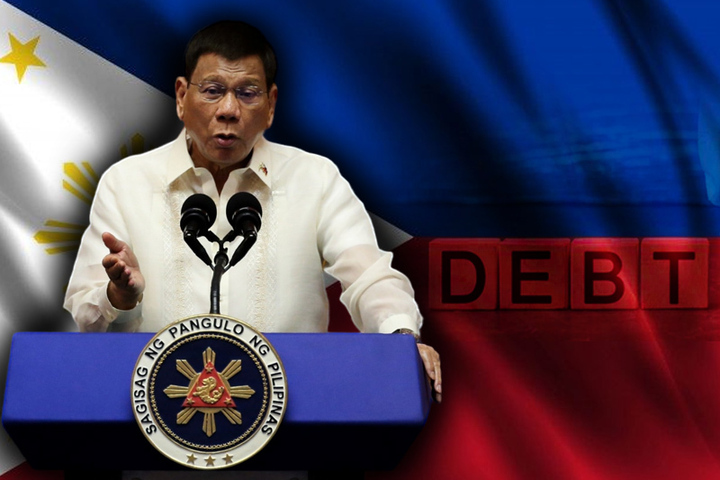 Marcos takes over a debt of P12.97 trillion

According to figures released by the Bureau of the Treasury on Friday, August 5, the level of the Philippine government’s debt reached P12.79 trillion at the end of June, which was the month that former President Rodrigo Duterte served his final month in office.

The amount at the end of June is higher than the debt total of P12.5 trillion that was recorded in May by 2.4 percent, which is equivalent to an additional P296.057 billion. When compared to the debt load of 11.16 trillion pesos that existed at the end of June 2021, it has increased by 14.6% on a year-on-year basis.

The majority of President Duterte’s debt was incurred during the COVID-19 pandemic in order to continue funding high levels of infrastructure investment while also providing financial handouts.

68.5 percent of the overall debt stock came from local sources, while the remaining 31.5 percent came from sources outside the country.

The debt-to-gross domestic product ratio for the country is currently at 63.5 percent; the economic team working for President Ferdinand Marcos Jr.’s administration has the goal of bringing it down to less than 60 percent by the year 2025.

Benjamin Diokno, the current Secretary of Finance, is following most of the suggestions made by Carlos Dominguez III, who was his immediate predecessor. These proposals pertain to a strategy for fiscal consolidation that aims to raise an average of P284 billion yearly.

The proposal for consolidating the government’s finances calls for the imposition of new taxes, in particular on digital payments, the postponement of personal income tax deductions, and the expansion of the value-added tax base.