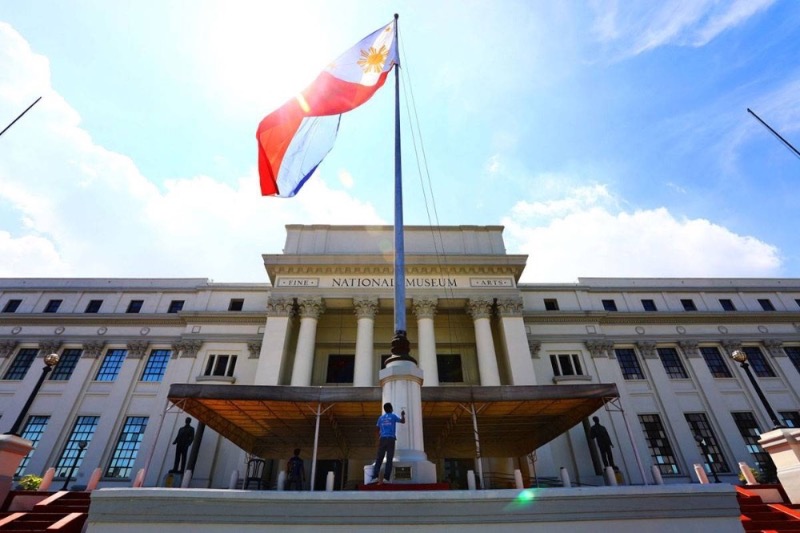 Marcos Jr. sworn in as the 17th President of the Philippines

Marcos Jr. sworn in as the 17th President of the Philippines

On Thursday, President Ferdinand Romualdez “Bongbong” Marcos Jr. took the oath of office necessary to become the 17th President of the Republic of the Philippines. The ceremony occurred at the National Museum of the Philippines in the City of Manila. Chief Justice Alexander Gesmundo presided over the proceedings (June 30, 2022). Marcos made the pledge to unity and progress while he was in power.

Marcos declared in his inaugural speech that he would do everything in his power to serve and protect Filipinos everywhere.

“This is a historic moment for us all,” he said. “You picked me to be your servant to enable changes to benefit all. I fully understand the gravity of the responsibility that you have put on my shoulders. I do not take it lightly, but I am ready for the task,” he added.

A “very solemn and simple” inauguration was the choice of Marcos, who wore a barong influenced by Rayadillo designs by multi-awarded designer Pepito Albert.

Liza Araneta-Marcos, the first lady of the Philippines, and their three boys, Sandro, Simon, and Vincent, attended the inauguration.

The President-elect must take the oath of office at noon on June 30 to begin his six-year term as the country’s new leader, as mandated by the 1987 Constitution.

At Malacañang Palace, he will also administer the oath of office to his Cabinet Secretaries in a mass ceremony. There are plans for an official supper as well.

There will also be a “People’s Concert” on Thursday night as part of Marcos’ thanksgiving activities.

The Philharmonic Orchestra and Cecile Licad, a world-renowned violinist, were selected by Marcos to participate in the show.