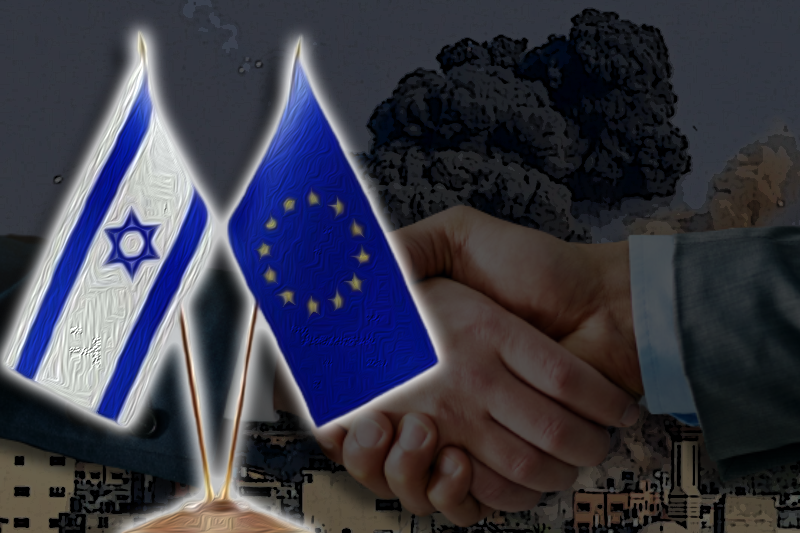 European countries are showing their solidarity for Israel.  Austria’s conservative chancellor Sebastian Kurz even decided to wave the Israeli flag as a mark of respect and solidarity on official buildings.

There are three more nations that are all in favor of Israel as of now. But it is also worth noting that all these four European nations are not in good books of the other members of the European bloc either.

In France and Greece, people are being stopped from supporting Palestinians.  Public marches have been stopped and no one is being allowed to wave the Palestinian flag either. This happened last week in Paris’ Invalides Square, where a public demonstration was immediately dispersed. Police even asked demonstrators to leave the square, imposing fines on several people.

Even US President Joe Biden has been seen showing support for Israel when it has sold weapons to it recently. The Biden administration did approve a potential sale of $735 million (€602 million) in precision-guided weapons to Israel, according to congressional sources.

While a ceasefire has come about, there have been more Palestinian lives lost than Israelis put together. Turkey has slammed Austria and the US for supporting Israel, while an Iranian official cancelled his visit to Austria over the latter’s open support for Israel.

The Iranian Foreign Minister Javad Zarif didn’t seem to be in a good mood once he came to know the stance that Austria had taken and decided to cancel his visit to this Austrian counterpart. Hamas is the Islamist group that runs Gaza. Israel has pummelled Gaza with airstrikes and Palestinian militants have launched rocket barrages at Israel in the worst escalation of violence in years. The divided attention to Israel and Palestine would bring out the reality of a lot of things for Europe after all.