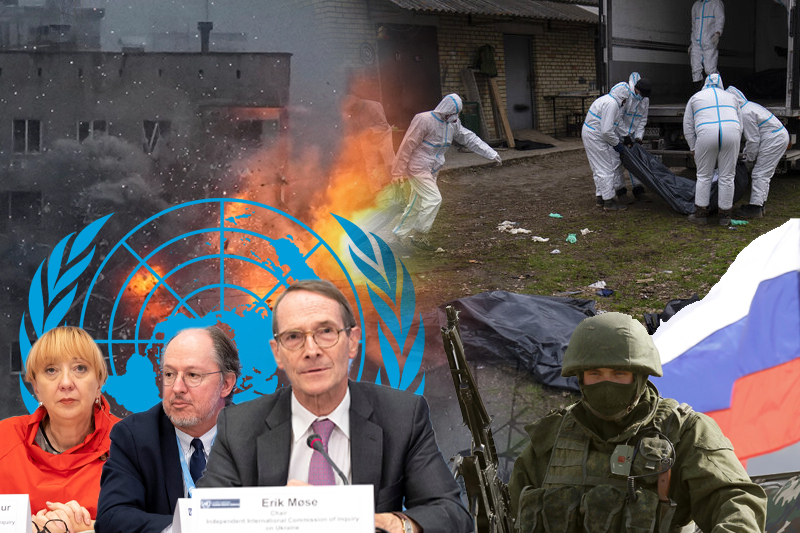 UN appointed independent human rights investigators have said, almost seven months since Russia invaded Ukraine, that war crimes have indeed been committed during the Ukraine conflict. The finding is part of the first report by the Independent International Commission of Inquiry on Ukraine. The commission was established this year in March, on initiation by the Human Rights Council Member States.

#HRC51 | "War crimes have been committed in #Ukraine," the Independent International Commission of Inquiry told the @UN Human Rights Council.

Chairperson of the Commission, Erik Møse said that the human rights investigators had visited 27 towns and settlements and also interviewed more than 150 victims and witnesses. They also examined “sites of destruction, graves, places of detention and torture, as well as remnants of weapons”. He told the journalists in Geneva, “Based on the evidence gathered so far during the Commission’s existence, we found out after having carried out the investigations in these four areas just mentioned, we found that war crimes have been committed in Ukraine.” This conclusion of the investigation lies in sync with findings that were published earlier this year by HRMMU (UN Human Rights Monitoring Mission in Ukraine).

Key findings of the investigation included – unlawful killings including summary executions of civilians in more than 30 settlements in Kyiv, Chernihiv, Kharkiv and Sumy regions, by Russian armed forces while they controlled these areas in late February and March – noted by UN News. “We were struck by a large number of executions and other violations by Russian forces, and the Commission received consistent accounts of torture and ill-treatment.”

The most astounding revelations in the investigation were the sexual violence and crimes against Ukrainian people, including children. “The Commission investigated cases of sexual gender-based violence. It documented cases in which some Russian Federation soldiers made such crime,” said Commissioner Jasminka Džumhur.

France Foreign Minister Catherine Colonna noted that the commission’s report “is simply a (confirmation), if there were any doubts, that crimes have been committed in Ukraine by occupying forces, crimes, atrocities, rapes, deportations and torture.”