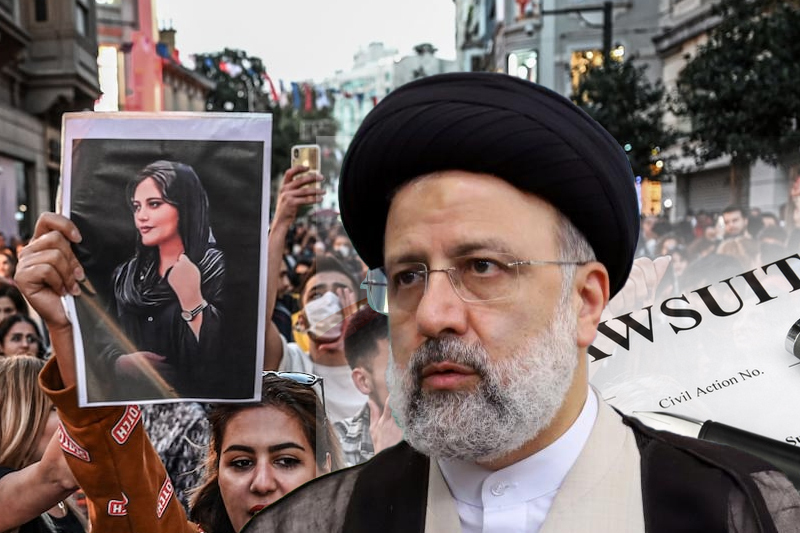 22-year old Mahsa Amini, an Iranian woman has died in police custody after she was beaten by the moral police for not wearing her hijab properly and then she was sent to a re-education centre in Tehran from where she came out in coma. She died on Friday succumbing to the fatal injuries. The incident has left the world in shock and attracted global criticism against Iranian regime while triggering waves of protests across the country by women who clearly have had enough of suppression.

Iranian President Ebrahim Raisi, who is currently in New York attending the 77th session of UN General Assembly, might have thought that by the time he returns to Tehran the protests will die. But clearly the women who have been victims of authoritarian regime of Iran don’t want to give a free pass to the leader. He is facing threat of getting a lawsuit filed against him in New York by Iranian dissidents and people of the West who have been held as hostage of Iranian regime, which accuses Raisi of being involved in the torture and mistreatment inflicted upon them.

The lawsuit is supported by the National Union for Democracy in Iran and is being filed in the Southern District of New York by human rights attorney Shahin Milani on behalf of many victims of regime in Tehran. The plaintiffs have claimed they “endured acts of torture that were either directly ordered or substantially assisted by Raisi”. This means that Raisi would be liable to face civil lawsuit in US under the country’s Torture Victim Protection Act.

Plaintiffs were introduced by Cameron Khansarinia, NUFDI’s policy director, during a press conference in midtown Manhattan. “We are here today to announce and outline in detail an historic, federal, civil lawsuit against Ebrahim Raisi,” he said. “The plaintiffs in this case — Iranian dissidents, former Iranian hostages, former Western hostages — are coming together in unprecedented fashion to take a step forward for justice.”

“We want to have it recorded in the US judiciary that Ebrahim Raisi’s victims are standing up to him, that he is a criminal, that he is being accused, and in our view is guilty, of torture. This is important for setting a new legal precedent for such cases,” he said talking to Arab News. “Secondly, we are giving a voice to the Iranian people and to his victims, and allowing them for the first time to speak up because for so long they have been silenced by the regime and, unfortunately, often even by those in the West, so it’s an important opportunity for them to speak their truth today.”