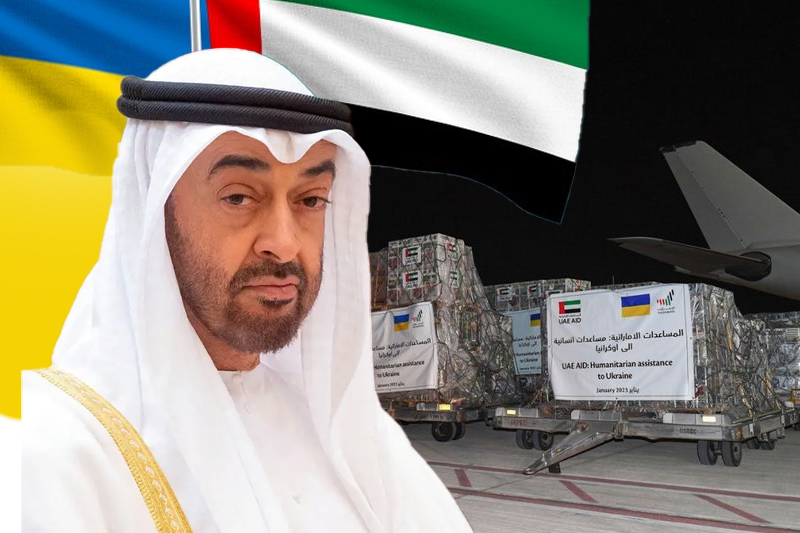 A UAE plane carrying the second consignment of household electricity generators arrived in Poland on Friday, as part of the $100 million humanitarian relief aid allocated by the Emirates to the civilians affected by the invasion. The aid is expected to provide further warmth in Ukrainian homes after deadly Russian strikes targeted the country’s energy infrastructure, causing severe power outages.

The UAE had announced in December that it was sending 2,500 household generators to help locals cope with the harsh winter. While the first batch of 1,200 generators was delivered last month, the rest were delivered on Friday, Emirates News Agency (WAM) reported. The generators each have a power output of between 3.5 and 8 kilowatts.

The support stems from the UAE’s belief in the importance of humanity, solidarity, and empathy, irrespective of region, religion, and diplomatic relations, and especially in cases of conflict. Since the onset of the invasion, the country has already dispatched eight planes carrying 360 tonnes of food supplies, medical aid, and ambulances for Ukrainian refugees in different European countries.

Since the so-called “special military operation” began in February in Ukraine, Russian strikes have destroyed at least 40% of its energy facilities. Depending on the scale of damage as well as the facility, the time it takes to repair ranges from hours or weeks to months or years. Power lines usually get fixed within days, but in wartime, repairing generating facilities and substations could require a much longer duration.

Antonina Antosha, the spokesperson at Ukraine’s largest energy firm DTEK, has offered rare insights into how carefully Russia is possibly planning attacks on its neighbour’s energy infrastructure. “Ukraine’s energy system was constructed in Soviet times, same as the Russian ones. Russian engineers … know how it operates and now they are the ones consulting the Russian military on how to destroy it,” Antosha said.

Even Ukraine’s Western allies say Russia is using winter as a weapon in the deadly war.