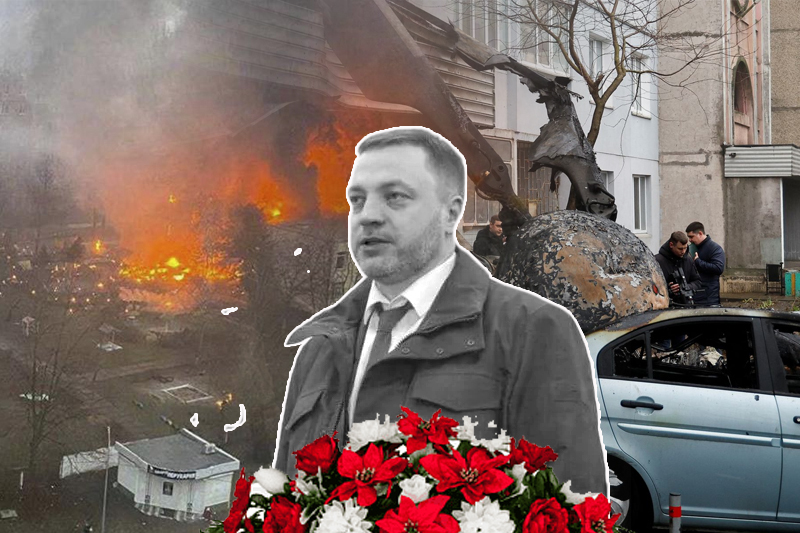 At least 18 people, including Ukraine’s Interior Minister Denys Monastyrskyy, his deputy Yevhen Yenin, and State Secretary of the Ministry of Internal Affairs Yurii Lubkovych, were killed on Wednesday in a helicopter crash near a nursery outside the capital city of Kyiv, according to emergency services. Monastyrskyy is the highest-profile Ukrainian casualty since the invasion began in February last year.

The nine people onboard the aircraft were killed and another nine died on the ground, including three children. At least 29 others were injured, including 12 children. Oleksiy Kuleba, head of the Kyiv Regional Military Administration, wrote on Telegram: “There were children and … staff in the nursery at the time of this tragedy,” adding the children are in another educational institution.

It was not immediately clear what caused the helicopter to come down in Brovary. Although there is no indication the crash was anything other than an accident, witnesses have blamed Russia’s war for the disaster.

According to local resident Volodymyr, “It was very foggy and there was no electricity, and when there is no electricity there are no lights on the buildings.”

42-year-old Monastyrskyy was a prominent member of President Zelensky’s cabinet. He played a significant role in keeping the public in the loop on casualties caused by Russian missile strikes.

Ukrainian reports suggest those on board the aircraft included six ministry officials and three crew. The interior minister had been en route to a war “hot spot” when the helicopter crashed, said the deputy head of the Ukrainian presidential office, Kyrylo Tymoshenko, adding the interior ministry’s work would not be affected by the loss of its leaders.

After seeing remnants of flight manuals among the debris, a CNN producer confirmed that the helicopter that came down was a Eurocopter EC225 “Super Puma.”