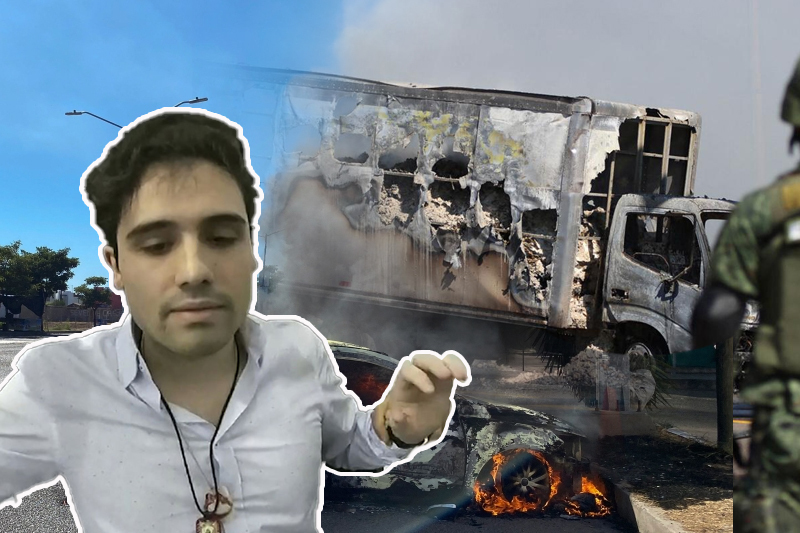 32-year-old Ovidio Guzmán-López, nicknamed “The Mouse”, is accused of leading a faction of his father’s notorious Sinaloa cartel, considered one of the world’s largest drug-trafficking organisations. He was extracted by helicopter and flown to Mexico City on Thursday before being taken to a maximum security federal prison.

His arrest triggered a wave of violence from armed cartel members. Furious members went on a rampage, blocking roads, setting dozens of vehicles on fire, and attacking planes at a local airport. There were no reports of any civilian deaths, Sandoval told a news conference.

His father, drug kingpin El Chapo, was found guilty of drug trafficking and money laundering in a New York court in 2019. His trial had offered the world some of the brutal details of how drug cartels in Mexico operate. He is currently serving a life sentence in the US after being extradited in 2017.

US officials had supported the six-month surveillance operation to arrest Guzmán-López, Sandoval said. In 2021, the US announced a $5 million reward for information leading to his arrest and conviction. But there were no immediate plans to extradite him to the US, President Andrés Manuel López Obrador informed.

A failed operation to capture El Chapo’s son in 2019 resulted in humiliation for López Obrador’s government. At the time, Guzmán-López was briefly detained, promoting a violent backlash from his henchmen and leading authorities to quickly release him.

The recent development comes days before a North American leaders‘ summit in the capital, which US President Joe Biden is expected to attend.