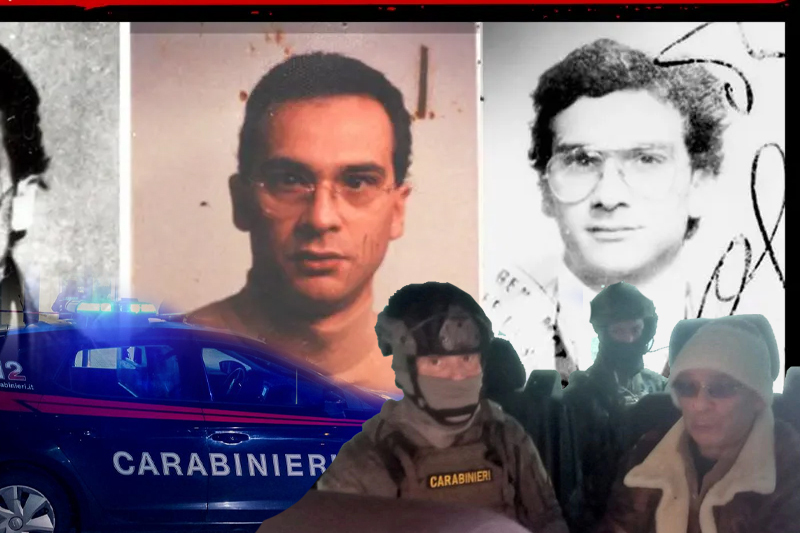 Italy’s Carabinieri police today arrested Matteo Messina Denaro, the country’s most wanted mafia boss who had been on the run for three decades, in his native Sicily. He was reportedly detained at a private clinic in Sicily’s capital Palermo, where he was receiving treatment for an undisclosed medical condition.

The 60-year-old is alleged to be a boss of the Sicilian Cosa Nostra mafia and has been on the run since 1993. According to Italian state television, he was taken to a secret location immediately after the arrest. Italy’s Prime Minister Giorgia Meloni has called the operation a “great victory for the state that shows it never gives up in the face of the mafia.” More than 100 members of the armed forces were possibly involved in the arrest.

Denaro, nicknamed “Diabolik”, once infamously claimed: “I filled a cemetery, all by myself.” In August 2021, a recording dating back to March 1993 was released in which the voice of the mafia boss was identified for the first time during a trial in which he was called to testify. After a few weeks, he fled and was not found since.

He was tried and sentenced to life in jail in absentia in 2002 for having personally killed or ordered the murder of dozens of people. These include the 1992 killing of two anti-mafia prosecutors, the 1993 bomb attacks in Rome, Florence, and Milan which killed 10 people, and the slaying of Giuseppe Di Matteo, the 11-year-old son of a mafioso turned state witness who was strangled and dissolved in a vat of acid.

Although Denaro had been on the run since 1993, he was thought to still have been issuing orders to his subordinates from various secret locations.