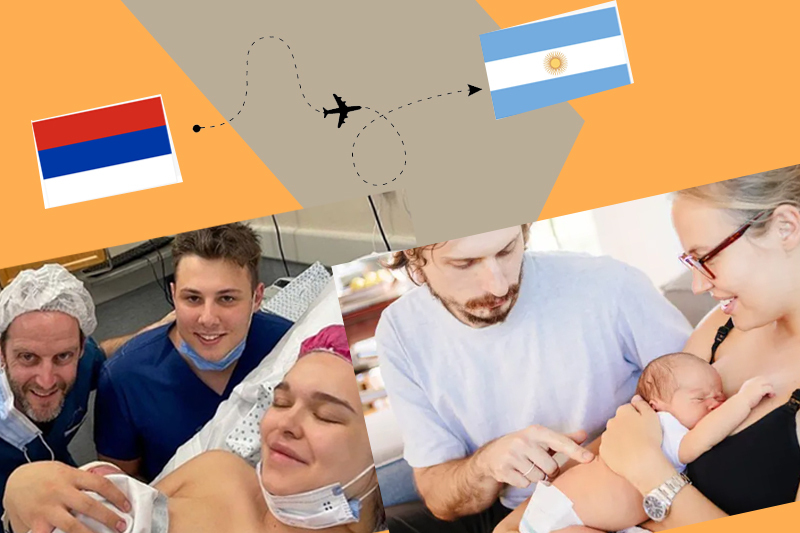 russian women flying to argentina to give birth

Russian women flying to Argentina to give birth

The South American country has been experiencing a boom in Russian birth tourism since the beginning of Russia’s so-called “special military operation” to demilitarise and denazify Ukraine. Experts are neither blaming the enchanting beaches, nor the charming temperament of Argentina for the spike. The actual reason is directly associated with the invasion and western sanctions.

Already before February 24, 2022, when the deadly invasion began, several pregnant Russian women were flying abroad to give birth, especially in Miami. The quality of health services wasn’t considered the prime factor. Instead, the parents wanted their kids to acquire dual citizenship and the invaluable passport that comes along.

With the war now in its eleventh month and Moscow getting isolated from the West, travel to most countries has become almost impossible for Russian citizens. This has made Argentina, where Russians aren’t subject to visa requirements, the go-to destination for couples interested in birth tourism. Russian President Vladimir Putin’s call-up of thousands of military reservists seems to have further strengthened the trend.

“Everyone is looking for options,” Eva Pekurova, who runs an agency that makes arrangements for pregnant Russians giving birth abroad, said. She herself gave birth earlier this year. “Buenos Aires is in demand right now,” Pekurova mentioned, adding the popularity of the capital city among Russian clients for its high quality of healthcare.

In addition to health services, the privileges of an Argentinian passport cannot be ignored. Even before the invasion, Russian citizens were allowed to go visa-free to only about 80 countries. And after Putin announced a military operation in Ukraine, multiple European countries made it impossible for Russians to visit. An Argentinian passport, however, allows Russians to make short-term trips to 171 countries without a visa.