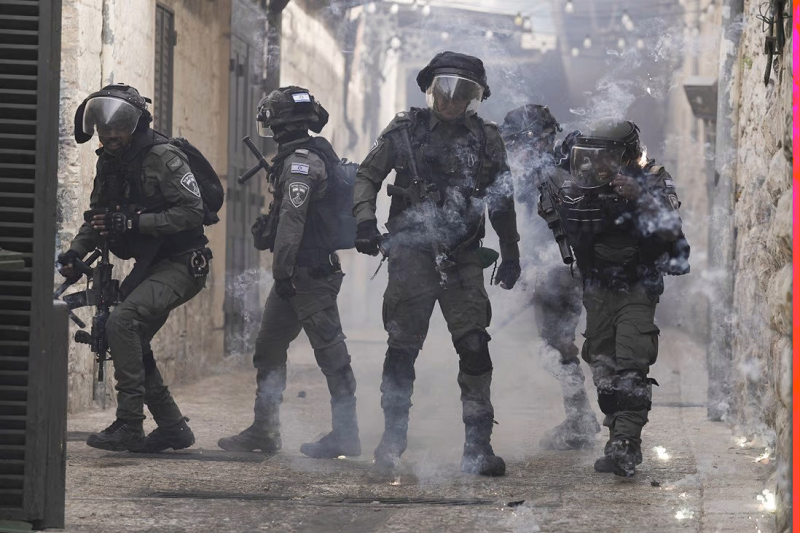 Israel -Clashes in Jerusalem amid the Muslim holy month of Ramadan affected Israel’s fractious governing coalition as 18 people were arrested on Sunday for causing violence at a disputed holy site.

The Arab-Israeli party Ra’am also “suspended” its membership on Sunday over Israel’s handling of the Al-Aqsa violence, putting further strain on Israel’s coalition government. A visit by Jews to a disputed holy site caused tension among Palestinians. Jews are allowed to visit but not to pray at Jerusalem’s Al-Aqsa Mosque. Jews call the Mosque the Temple Mount.

Sunday’s confrontations prompted a pivotal Arab party to review its membership in Israeli Prime Minister Naftali Bennett‘s ruling coalition. Bennett’s coalition controls 60 of 120 seats in parliament. After the withdrawal of Ra’am from his coalition, Bennett would likely calm the situation between the Israeli forces and the Palestinians. Bennett lost his parliamentary majority this month after a lawmaker from his nationalist party quit.

Last year, repetitive violence against Palestinian worshipers at the al-Aqsa Mosque led to an 11-day war between Palestine and the Israeli regime. Palestinians want the occupied West Bank as part of their future independent state. They view al-Quds’ eastern sector as the capital of their future sovereign state. The Old City lies in East Jerusalem, which Israel captured in a 1967 war.