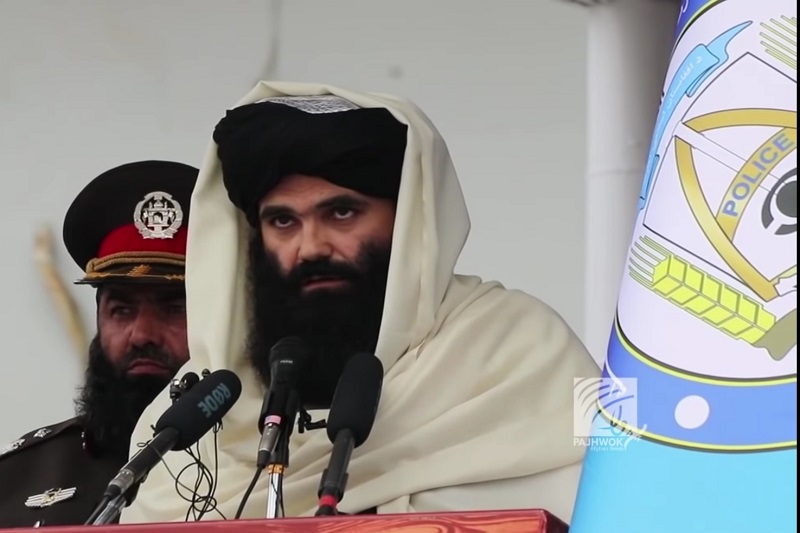 Afghanistan -Interior Minister Sirajuddin Haqqani has made a surprise appearance in the passing-out parade for new Afghan police recruits. He has been considered one of the most secretive high profile terrorist leaders in Afghanistan. His picture is in the American records and it is said to be 20 years old.

He is known to head a powerful subset of the Taliban blamed for some of the worst violence of the past 20 years. Known to be on the most wanted list of the world, he heads the feared Haqqani Network and has previously only been photographed clearly from behind — even since the hard-line Islamists seized power last August.

His open declaration was to ‘build trust and credibility amongst the commoners who were seen to be present at the parade. As a most wanted criminal who has indulged in crime against humanity, the United States has offered a reward of up to $10 million for information leading to his arrest, saying he was responsible for a string of terror attacks.

Before the Taliban’s return, Haqqani was the most senior of three deputies to leader Hibatullah Akhundzada.
Akhundzada himself hasn’t been seen in public for years, and many Afghan analysts believe he may not even be alive.

Haqqani heads a powerful subset of the Taliban blamed for some of the worst violence of the past 20 years. Haqqani’s appearance also suggests the Taliban have grown even more confident of their hold on the country since seizing power on August 15, two weeks before the last US-led foreign forces left.

Several diplomats were in the crowd — including Pakistan’s ambassador — even though no country has officially recognized the new Taliban regime.

The Haqqani Network, founded in the 1970s by Jalaluddin Haqqani, was heavily supported by the CIA during the Mujahideen war against the Soviet occupation of Afghanistan.

Sirajuddin Haqqani, who is believed to be in his 40s, is his son, and succeeded him following his death in 2018.