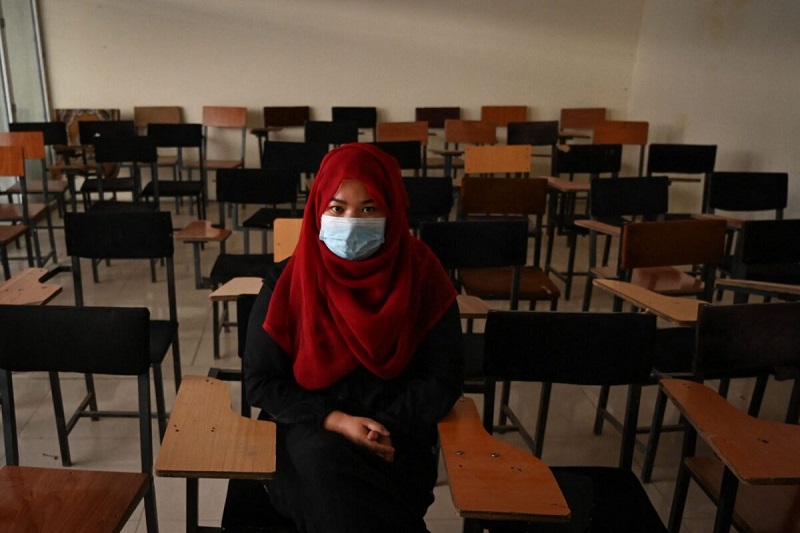 Public universities in Afghanistan have reopened after being closed for nearly nine months. Universities in warmer provinces reopened for the first time since the Taliban seized power in August.

The Taliban have imposed several restrictions, many of them on women, since their takeover. High schools were reopened only for boys. Girls were not allowed to attend classes at that time. However, now universities and high schools are open for women and girls.

The media were refused permission by the Taliban authorities to cover the universities’ opening ceremonies in Kandahar and Helmand provinces in Afghanistan. Reportedly, universities in Laghman, Nangarhar, Kandahar, Nimroz, Farah, and Helmand provinces opened on Wednesday for female students. Female students were asked to follow the Islamic dress code while attending classes.

Reportedly, students in Kandahar said that they were not optimistic about the future under the strict restrictions imposed on women since the Taliban takeover. One small group of women, wearing full-body veils, entered Laghman University on Wednesday. Khalida Rashed, an economics student, said there was concern about the low numbers of female students. She said that she is happy that colleges reopened after nine months. However, she asked, “Will the Taliban allow them to work after graduation?” Some students were sad as many of their fellow students fled from Afghanistan when the Taliban seized power in August.

Reportedly, men will attend classes in the morning and women in the afternoon, aligning with a gender-segregated system under the Taliban authorities. Abdul Baqi Haqqani, the Taliban-appointed education minister, said that the University of Kabul would reopen for both men and women on February 26. Other universities in the southern provinces of Zabul and Uruzgan will remain shut till February 25.

According to the former Afghan government’s education ministry, 10 percent of Kandahar University’s 12,000 students were women before the Taliban takeover.