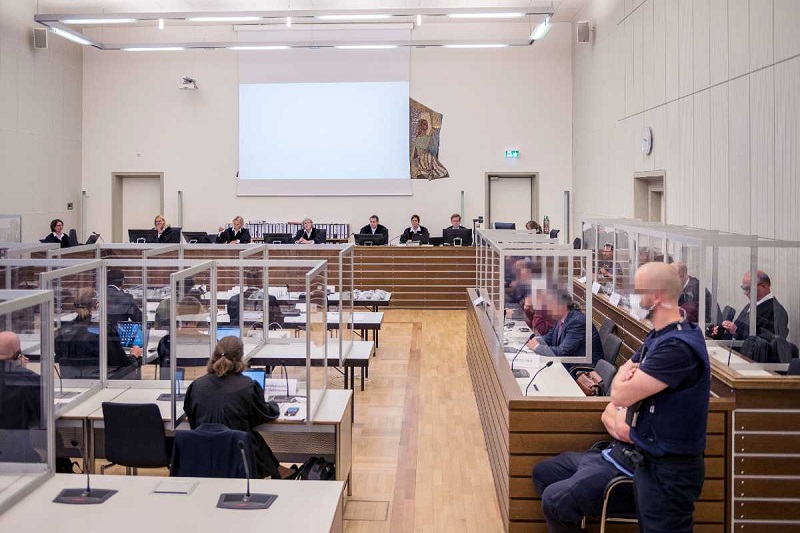 german court soon to give its verdict on assad regime

German court soon to give its verdict on Assad regime

Syria -The torturous, voltial climate under the Assad regime in Syria is hidden to no one but on Wednesday, it was reported that a German court will giving its verdict against the Syrian intelligence officials who has been accused of witnessing the murder of 59 people in the Arab country.

There are allegations on a Syrian official for overseeing 58 people getting murdered along with a thousand others getting tortured and hence the landmark case was pending in the German county and it will give its verdict about such instances of crime against humanity for the first time.

Anwar Raslan is the person who is being talked about here and he was the one who fled Syria after international pressure started mounting on him for practicing crime against humanity.

The verdict against him is a landmark judgment for both the Syrian opposition in exile as well as for those who are at potential risk of having a similar future.

Many experts feel that if a starting stance is taken against the human rights violator then it could lead people to stop such extreme punishments and also discourage other defectors from so openly to the authorities.

He is currently charged with crimes against humanity, rape, aggravated sexual assault and murder.

He has reportedly overseen the torture of at least 4,000 people while serving as commanding officer in a prison called “al-Khatib”. This happened in the period between  29 April 2011 and 7 September 2012. The verdict is yet to come and if it is against the former officer then he could face a life sentence on Thursday. But the extreme verdict will only come if he is proved to be the main perpetrator and not merely an aid to these crimes. He then will have to serve the sentence till 15 years with no chance of an early release.