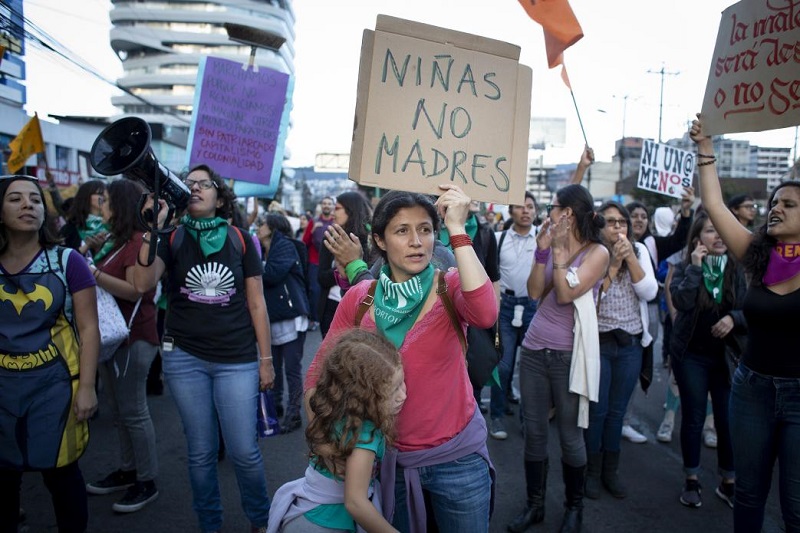 ecuador legislature stamps rules for abortion in cases of rape

Ecuador legislature stamps rules for abortion in cases of rape

On Thursday, Ecuadorian legislators approved regulations to allow women to access abortions in cases of rape.

Passed on a 75-41 vote, the new rule allows abortions up to 12 weeks for adult women in urban areas and up to a period of 16 weeks for adults and minors in rural areas.

Before the ruling, Ecuador allowed abortions in cases when a woman’s life was endangered by the pregnancy.

Recently, a constitutional court gave the go-ahead for abortion in cases of rape and ordered legislators to regulate the procedure speedily.

Though the National Assembly stamped the regulations with 75 votes, the rule can be blocked by president Guillermo Lasso before it becomes a law.

Lasso said he does not support abortion but will allow legislators to regulate the procedure if they do not exceed court stipulations.

Now, women above 18 will be able to abort pregnancies resulting from rape until 12 weeks gestation. Teens and girls under 18 will have 18 weeks’ gestation to get an abortion.

Though the health system will provide the procedure, individual doctors can still conscientiously object.

Abortion rights campaigners have said that the time limits are too restrictive and force women to seek illegal, sometimes deadly, abortions.

“The assembly has failed girls, women, victims and survivors of sexual violence,” a campaigner said. “They have put in barriers so girls are obliged to seek illegal abortions or give birth against their will.”

It is pertinent to state that abortion has been legal in Ecuador since 1938. In 2019, the assembly did not pass legislation legalizing abortion for rape.

According to media reports, more than 21,000 abortions happen in Ecuador each year, most of them in illegal clinics.