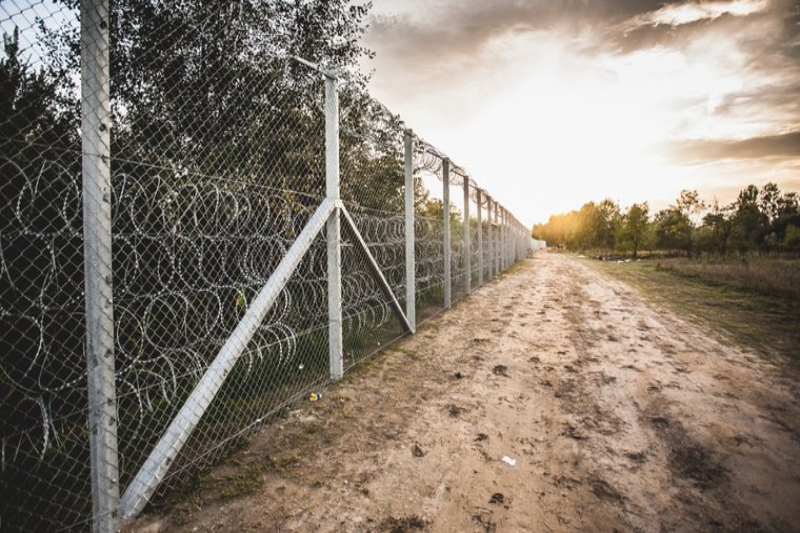 It was 2017 when the then High Representative of Foreign Policy of the European Union, Federica Mogherini, criticized the former head of the White House, Donald Trump, and his anti-migrant wall under construction between the US and Mexico. Four years have passed since then, Trump has given way to Democrat Joe Biden, but Europe seems increasingly like Trump in its migration policies. And the most striking examples are the physical walls that the Member States, from Greece to Lithuania and Poland, are erecting everywhere to stop illegal immigration, as the governments are keen to point out. It is a pity that refugees like those of Afghanistan are also banging their noses against them.

The last to be completed is the one that the Athens government has erected on the border with Turkey: a barrier equipped with a military surveillance system along a stretch of 40 kilometers. Over the past two years, the wall comes after Greece accused Ankara of facilitating the flow of migrants to its territory as an instrument of political pressure against the EU. However, the resentment against “dictator” Recep Tayyip Erdogan was watered down by the controversy over the use of force (considered excessive by various organizations humanitarian aid) and the pushbacks at sea carried out by the Greek authorities with, apparently, the consent of the EU border guard, Frontex. Hence, the use of alternatives: the “sound cannons” for the boats, and, lastly, the 40-kilometer wall in full Trump style. “Our borders will remain inviolable,” said the Greek Minister for Citizen Protection, Michalis Chrisochoidis. Even the Afghan refugees, he made understand without too many words.

The refugees themselves could choose the route from Belarus to reach the European Union. Those who left Afghanistan before the departure of the US and NATO have already done so. It has been a few thousand so far, according to Frontex. But that was enough to immediately trigger a new wall that Lithuania is building on the border with Belarus. Here too, migrants found themselves dealing with a situation very similar to that between Greece and Turkey. The Lithuanian government (supported by Brussels and all member countries) accused Minsk of favouring emigration to the EU as a weapon of blackmail. At the same time, some videos show the Lithuanian military engaged in rejecting migrants and potential refugees at the Belarusian border. But, according to Minsk, there was also no lack of violence against these people.

Like Greece, Lithuania is also ready to raise its 508-kilometer wall. In early August, the Vilnius Parliament gave the green light to construct the barrier, which should be completed by the end of 2022. The controversy by humanitarian organizations recalled that there are also Afghans among migrants passing through Belarus: a few days ago, the whole EU foreign ministers indirectly gave their consent to the “tightening” of border controls with Belarus.

Poland, another country bordering Belarus, is also concerned. For this, Warsaw has already sent 900 soldiers to its border with the former Soviet government. And not only. Warsaw has announced that it will also build a border wall. “A new two-and-a-half-meter high fence will rise along the border with Belarus. Furthermore, additional military personnel will be engaged in the aid of the border guard. I will shortly present the details regarding the involvement of the Polish Armed Forces,” the minister wrote in a Twitter message. of the Polish Defense, Mariusz Blaszczak. The work will resemble the one built by Hungary along the border with Serbia and will develop along 130 kilometers, almost a third of the total. Like neighboring Lithuania and Latvia, Poland accuses Minsk of using migrants as a weapon of pressure on these countries, promoting their arrival in Belarus and their transit across the European Union border.