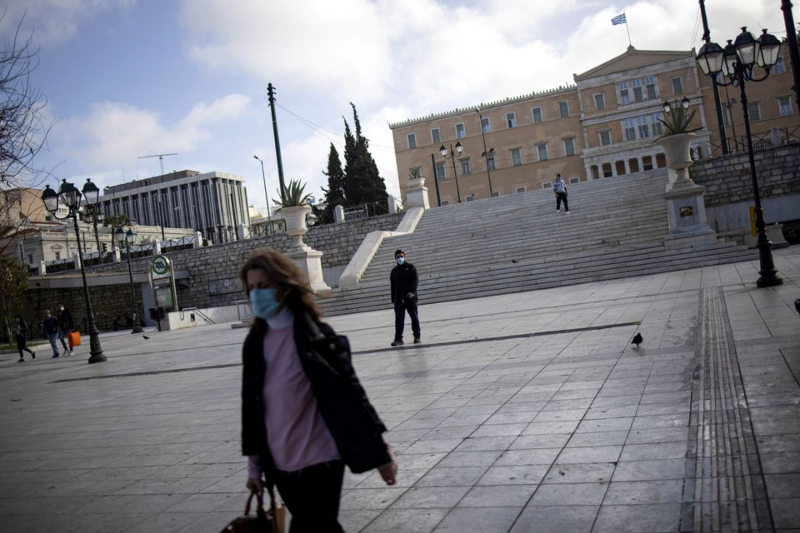 Greece introduced a mandatory green pass for activities and clubs: the numbers for August are scary, especially in the islands (3200 cases only on August 26). For this reason, Athens suspended holidays for nurses and doctors from September 1 to anticipate an increase in hospitalizations. The most popular islands, such as Naxos, Mykonos, and Crete, recorded the highest infections with the case of clandestine parties discovered in Mykonos.

“We are spectators of the same scenario due to the Delta mutation,” the Director of the Lung Clinic of the Evangelismos hospital in Athens, Georgios Boulbasakos, warned on TV. In the capital’s facility, 90% of ICU patients are not vaccinated. He added, all linked to the fact that young people with low vaccination coverage have returned from holidays to the islands, thus bringing the virus into their families.

For this reason, the government, awaited by a mini reshuffle next week, has decided to lock down the unvaccinated: some activities will be prohibited to those who do not have a green pass, such as bars, restaurants, theaters, and long-distance trains, while in the private and public sector, those who do not get vaccinated will have to make a mandatory double weekly tampon at their own expense. Within a week, six unvaccinated youth, aged 18 to 39, died from the coronavirus.

Moreover, the epidemiological burden in the country has seen a significant increase from July to the present, announced Pediatric Infectious Diseases Professor and Scientific-Technical Committee member Vana Papaevangelou. The index is at 3.5%, while the next two weeks will be crucial, as most citizens will return from holidays, thanks to the start of the school year, potentially bringing the virus to mainland Greece.

Over the past 20 days, the percentage of over 60s infected more than doubled, likely to cause an increase in hospitalizations. The latter has already increased by 25% in the past two weeks, with an average of 31 deaths per day. In addition, there is a slowdown among the police engaged in the dramatic fire emergency regarding the vaccinations carried out. Currently, the vaccinated police officers are 61.5%, while in the Coast Guard, 64.5%. Better hospital doctors, 94% vaccinated.

Even in Greece, there is no shortage of anti-vax protests. On Thursday in Thessaloniki, there was a demonstration under the White Tower. About a hundred people showed a wooden cross and signs that read: “Compulsory vaccine = terrorism – dictatorship,” underlining that these are “unconstitutional laws.” Despite the increasing infections, in Livadia in the region of Boeotia, there was a great concert with songs and dances and local politicians’ presence. The catamaran captain has been arrested in Mykonos for having boarded too many people on the “Sifnos Jet.” In all, there were 482 passengers onboard instead of the maximum authorized number of 430.