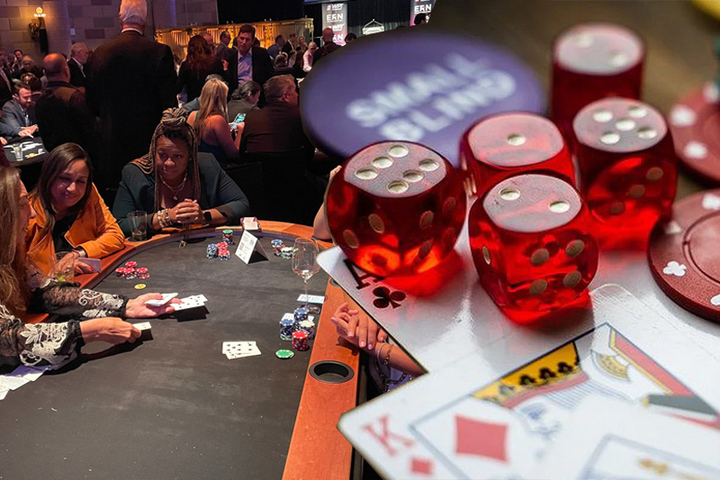 On Thursday, October 6, hundreds of hedge fund managers and traders gathered at New York’s Gotham Hall ballroom, intent on their large wagers – in poker, not markets.

The money managers met for a charity tournament to play a card game that, in certain circles, is almost as important as their day jobs. As a DJ blared music, contestants spent the evening shoulder-to-shoulder, abandoning their duties for recreation.

Others, however, could not refrain from discussing the turmoil rippling through stocks, bonds, and currencies. The founder of the hedge fund Saba Capital, Boaz Weinstein, refused to forecast when the stock market would bottom out.

Weinstein stated between rounds of the 12th annual Take ‘Em To School event, “Anyone who offers you an answer is not modest, since nobody knows with this market.”

The evening allowed players to leave aside their anxieties about the bear market for equities, soaring inflation, rising interest rates, and the war in Ukraine, all of which are fueling market volatility and generating numerous trading possibilities.

John Petry, a hedge fund manager at Sessa Capital, remarked, “There’s so much going on in the markets right now that it’s impossible not to discuss it here, but the competition is enjoyable.”

According to HFR, hedge funds are down 6.18 percent through September of this year.

In addition, the event provided a diversion from the turbulence surrounding Credit Suisse and Elon Musk’s proposed takeover of Twitter. One player compared the poker table to the business world.

An unnamed derivatives trader stated, “I do not know if Musk will purchase Twitter. I hope he does, but I’m willing to wager he’s a brilliant poker player — you never know what’s in his mind.”

Under a gigantic dome-shaped roof resembling the Pantheon in ancient Rome, over 400 guests were seated at 30 tables. Wall Street’s Morgan Stanley, together with renowned hedge funds Pershing Square Capital Management and Third Point, sponsored a table. The appetizers were corn dogs and gyoza, and the main courses were steak and chicken.

After 1am, the champion was crowned. It turned out that the winner was neither a hedge fund manager, a professional poker player, nor a banker. She was Alejandra Cata, a model and real estate agent who was participating in only her second tournament.

“I played with aggression and decisiveness. I also received wonderful cards,” she added.