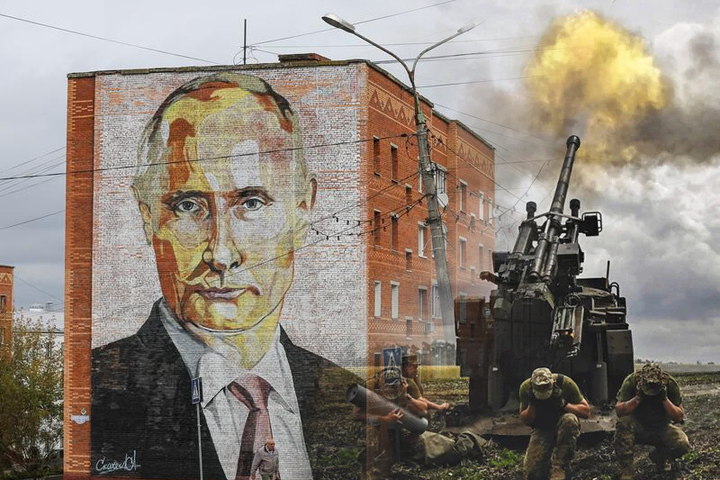 Putin turns 70 with a health prayer amid war crisis

Putin turns 70 with a health prayer amid war crisis

President Vladimir Putin turned 70 years old on Friday, October 7, amid fawning congratulations from subordinates and an appeal from Orthodox Patriarch Kirill for all to pray for the health of the longest-serving Russian leader since Josef Stalin.

After the invasion of Ukraine sparked the most severe conflict with the West since the Cuban Missile Crisis of 1962, Putin is facing the greatest challenge of his reign. His army in that region has suffered a string of defeats during the previous month.

Putin was praised as the hero of modern Russia, and the patriarch of Moscow and All Russia urged the nation to pray for two days so that God would grant Putin “health and longevity.”

Putin, who swore to stop the turmoil that engulfed Russia following the demise of the Soviet Union in 1991, is facing the gravest military crisis any Kremlin leader has faced in at least a generation, since the Soviet-Afghan war of 1979-1989.

Opponents, such as the imprisoned opposition leader Alexei Navalny, assert that Vladimir Putin has led Russia down a path to destruction by constructing a fragile system of incompetent sycophants that will eventually collapse and leave a legacy of anarchy.

Putin’s supporters assert that he protected Russia from an arrogant and hostile West.

Putin has altered Russia’s global standing and compelled the rest of the world to consider the situation of their magnificent nation.

Putin has ruled Russia for nearly 23 years, ever since President Boris Yeltsin named him as his favored successor in a New Year’s Eve 1999 declaration.

In 2020, constitutional amendments prepared the path for him to potentially rule until 2036, and there is no clear contender to succeed him.

He has a hectic schedule of meetings and public engagements and always appears in command of his brief, speaking at length in video conferences on subjects ranging from energy to education. The Kremlin has refuted persistent rumors regarding purported health issues.

Putin has been increasingly concerned about his legacy as he has aged. In June, he compared his activities in Ukraine to those of Tsar Peter the Great, implying that both men were involved in historic struggles to reclaim Russian territory.

Putin has become increasingly fond of invoking the Russian philosopher Ivan Ilyin, who maintained that Russia had a unique mystic and holy path to follow that would eventually restore order to a chaotic world.

Putin displayed a deep interest in an 18th century peasant insurrection against Catherine the Great during a televised meeting with teachers last week, which he attributed to “the inadequacy of central authority in the country.”

It seemed as if the man who had ruled Russia for more than two decades had learned his lesson: in the face of the danger of insurrection, the ruler must be both strong and alert.