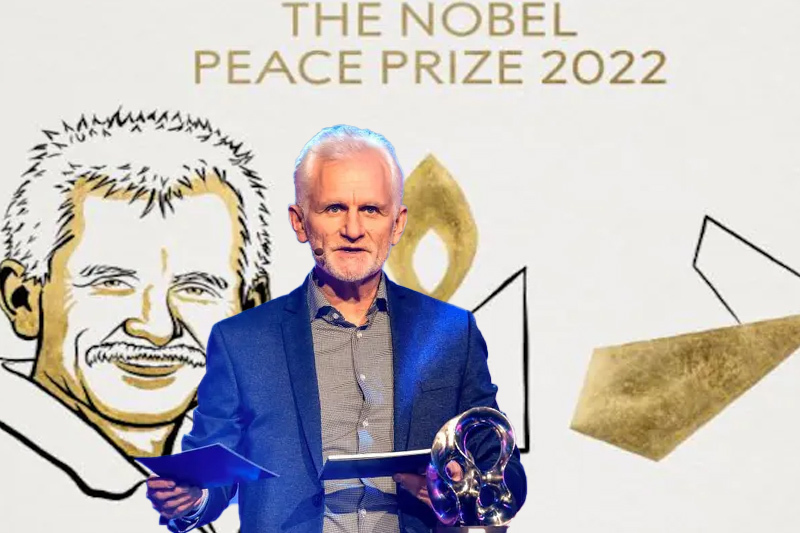 “The peace prize laureates represent civil society in their home countries,” said Berit Reiss-Andersen, the chair of the Norwegian Nobel committee. “The new laureates were honored for an outstanding effort to document war crimes, human right abuses and the abuse of power” in their respective countries. “They have for many years promoted the right to criticize power and protect the fundamental rights of citizens,” the Norwegian Nobel Committee said.

Their win strikes as Russia’s full scale war, along with Belarus, on Ukraine completes seven months. The Ukrainian group, Center for Civil Liberties, has “engaged in efforts to identify and document Russian war crimes against the Ukrainian civilian population since the invasion was launched in February”, the committee said.

The Russian human rights organization, Memorial was founded in 1987 and after the fall of the Soviet Union it became one of Russia’s most prominent human rights watchdogs. Since then it has worked to expose the abuses and atrocities at the hand of Russian governments since the era of Stalin. This group was, however, shut down by Moscow last year in a major blow to civil rights of the people of Russia.

Belarusian activist Bialiatski has documented human rights abuses in Belarus since the 1980s. In 1996 he founded the organization Viasna, or Spring, after a referendum that “consolidated the authoritarian powers of president and close Russia ally Alexander Lukashenko”. In 2020 he was arrested amid rising protests against Lukashenko’s regime. “He is still detained without trial. Despite tremendous personal hardship, Mr Bialiatski has not yielded an inch in his fight for human rights and democracy in Belarus,” the committee said.

The committee’s decision of Nobel Peace Prize recipients has been lauded globally. European Commission President Ursula von der Leyen has applauded the “outstanding courage of the women and men standing against autocracy.” French President Emmanuel Macron tweeted that the “Nobel committee had honored the unwavering defenders of human rights in Europe.” He added, “Artisans of peace, they know they can count on the support of France.”

“The committee is giving a message about the importance of political freedoms, civil liberties and an active civil society as being part of what makes for a peaceful society,” Dan Smith, director of the Stockholm International Peace Research Institute, told CNN. “I think that’s a very important message.”