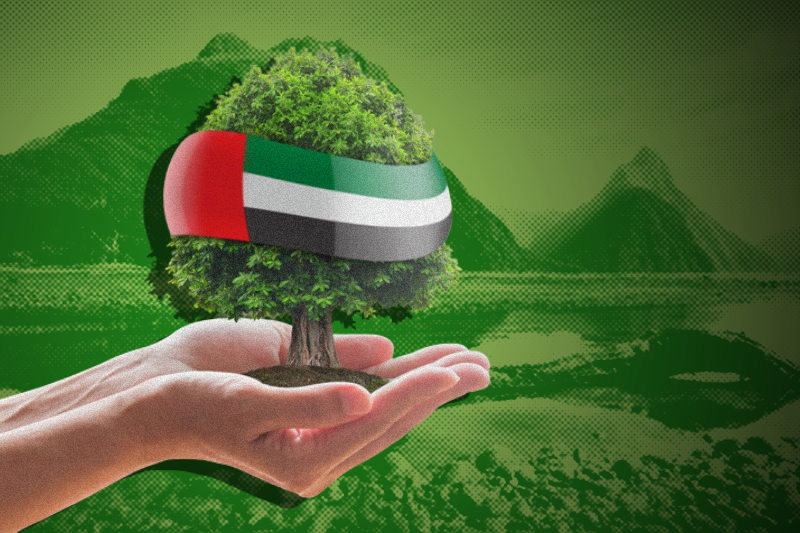 UAE becomes the only MENA country to feature in the Environmental Performance Index 2022, tops in 6 indicators  

This year’s Environmental Performance Index 2022 issued by the prestigious Yale University has United Arab Emirates (UAE) as the only country from MENA (Middle East and North Africa) region. The index monitors the environmental performances of 180 countries across the world, and the UAE has topped the charts globally in 6 indicators out of 40 indicators that were included in the report.

Since 2006, the EPI (Environmental Performance Index) has been issued every two years, providing in nutshell the state of sustainability based on data making use of 40 performance indicators that cover 11 axes in the report.

The three main objectives of the report are – climate change performance, environmental health and vitality of the ecosystem. This summarizes the measure of any nation’s performance towards pursuing environmental policy goals.

Furthermore, the UAE also ranked first regionally in the “indicator of biodiversity and natural habitats” and ” Wastewater Treatment Index”, in which it bagged 13th rank globally, ahead of countries like Spain, France, Japan, Canada and Norway.

UAE topped the Arab countries in the “Indicator of lack of unsafe sewage”, according to the report of the Environmental Performance Index 2022.

The country ranked 39th globally, climbing up 3 places as compared to the 2020 report.

In the environmental performance index, the UAE stood at top of the charts globally in a set of indicators linked with it, like –

solid materials used as fuel for energy production and heating. The UAE topped this indicator because solid fuels are not used in the country to produce energy and heating in homes.

reserves out of the total area of ​​the country. UAE maintained its global lead in this category as it owns 16 marine protected areas.

The UAE also ranked first globally within the environmental performance “black carbon growth rate decline index”, that measures the rate of growth and decline of black carbon emissions, the average annual rate of increase or decrease over the years, and the nature of its adjustment according to economic trends.

Reiterating its position to achieve the global goal for environment and climate, UAE has inculcated a set of modus operandi, policies and initiatives, including transformation towards a green economy, the energy transition, the state’s general environmental policy, the circular economy policy, and the national plan for climate change.